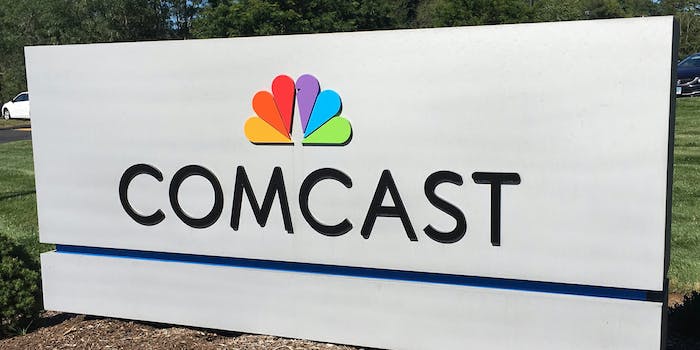 Pai has long argued that deregulation, like the net neutrality repeal, would boost investment.

However, at least one major broadband provider, Comcast, has not boosted its investment since the official repeal of the rules last summer, according to a new report.

Ars Technica notes that Comcast’s cable division reported in its earnings announcement on Wednesday that it spent three percent less on cable capital expenditures last year, dropping from $7.95 billion in 2017 to $7.72 billion this year.

The drop, according to Comcast’s earnings report, was due to “decreased spending on customer premise equipment and support capital, partially offset by higher investment in scalable infrastructure and line extensions.”

Leading up to the FCC’s net neutrality repeal vote in December 2017, Pai argued that net neutrality rules were stifling investment from broadband providers and stopping them from improving their networks. That claim was, at the time, pushed back against by pro-net neutrality groups.

In October, Pai also applauded a report from USTelecom, a trade association that represents broadband companies, that claimed investment in broadband grew by $1.5 billion from 2016 to 2017.

USTelecom is one of several groups that have joined lawsuits against Vermont and California over its state-wide net neutrality laws, which were made in response to the FCC repeal.

Ars Technica notes that Comcast’s overall capital expenditures went up 2.3 percent, according to its earnings report, but that also includes NBCUniversal, which invested $1.7 billion in 2018.

Just after the new year, Pai celebrated the failure of Congress to use the Congressional Review Act (CRA) to overturn the FCC’s net neutrality repeal, calling the protections “heavy-handed internet regulations.”

You can read all of Ars Technica’s report here.