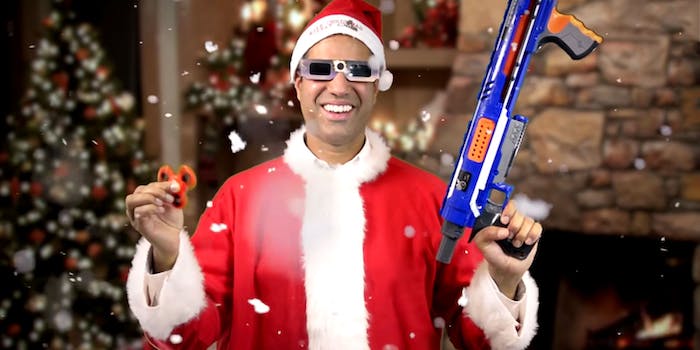 MuckRock journalist JPat Brown reported Monday that the agency finally relented after initially denying him access to the emails as part of a Freedom of Information Act (FOIA) request.

Brown states that the FCC originally cited the b(5) exemption in April of last year, claiming that such a “disclosure would foreseeably harm the staff’s ability to execute its functions by freely discussing relevant matters.”

In response, Brown appealed the decision by arguing that the FCC’s interpretation of b(5) was made in bad faith, “part of a pattern” from the agency “to avoid releasing information that was potentially embarrassing.”

While still claiming that the full release of the emails would cause harm, the agency seemingly attempted to appease Brown in October by providing just the email headers.

But Brown still refused to withdraw his appeal, forcing the FCC this month to finally change its decision.

“Upon further consideration, we have decided to release unredacted copies of the emails at issue as a matter of discretion,” the FCC said.

So, as Brown put it, “what did these emails contain that was so potentially damaging that it was worth risking a potential FOIA lawsuit over?”

Among other things, an email that said nothing more than “Ok.”

“Pai was curious when it was going live, and the FCC wanted to maintain a veto power over the video if they didn’t like it,” Brown added.

The video, created by conservative news site the Daily Caller, showed Pai addressing “all of the internet trolls with a PSA” on net neutrality.

It did not go over well.