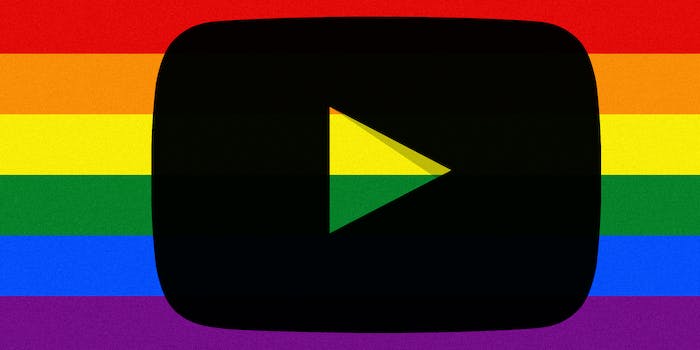 After its new Restricted Mode ended up blocking countless LGBTQ-related videos on its site, YouTube has reportedly addressed the mistake in a new update, aimed at fixing the mature content-blocking option so that it isn’t exclusionary on the grounds of gender identity and sexual orientation.

The initial rollout of Restricted Mode was fraught with controversy, with several prominent YouTubers finding that videos which involved an LGBTQ experience or community—like, for example, videos from same-sex weddings that were not in the least bit objectionable or mature-rated—were being swept up by the filter.

In an update posted to the company’s official blog, Johanna Wright, YouTube‘s vice president of product management, explained what initially happened, the changes that have been made to prevent the improper exclusion of LGBTQ videos, and what the Restricted Mode guidelines are for permitting or filtering out a certain video.

“Back in March, our community alerted us that our systems were not working as intended, in particular, that we were unintentionally filtering content from Restricted Mode that shouldn’t have been,” Wright wrote. “After a thorough investigation, we started making several improvements to Restricted Mode. On the engineering side, we fixed an issue that was incorrectly filtering videos for this feature, and now 12 million additional videos of all types—including hundreds of thousands featuring LGBTQ+ content—are available in Restricted Mode.”

She also ran down a list detailing what videos should avoid if they want to be let through the Restricted Mode filter—specifically, videos that discuss or detail profanities, drugs, violence, sex, and “mature” subjects like war, terrorism, and violent political conflicts. Ideally, however, the “sex” part will no longer flag innocuous LGBTQ videos simply for the fact, for example, that they acknowledge the existence of queer relationships.

How effective the new changes are, of course, is yet to be determined, and it’s safe bet that the robust LGBTQ creative community on YouTube will respond publicly if videos it believes to be unobjectionable continue to be filtered out. Wright’s statement acknowledges that the new tweaks to Restricted Mode may not be perfect, 100 percent ironclad fixes.

But hopefully this will make some sort of positive difference. Certainly, the reinstatement of some 12 million videos is a start. Also, any creators who have a video blocked on Restricted Mode now have a way to inquire why. It’s simply a matter of filling out a Restricted Mode feedback form highlighting the blocked video, and some sort of response should be provided.

According to YouTube, the submissions will be used “to help improve our automated systems,” which is a promising idea. Hopefully this is an effort YouTube keeps up with in the weeks and months to come, because perfectly content-acceptable videos being blocked due explicitly to LGBTQ themes is not sustainable, equal, or humane.