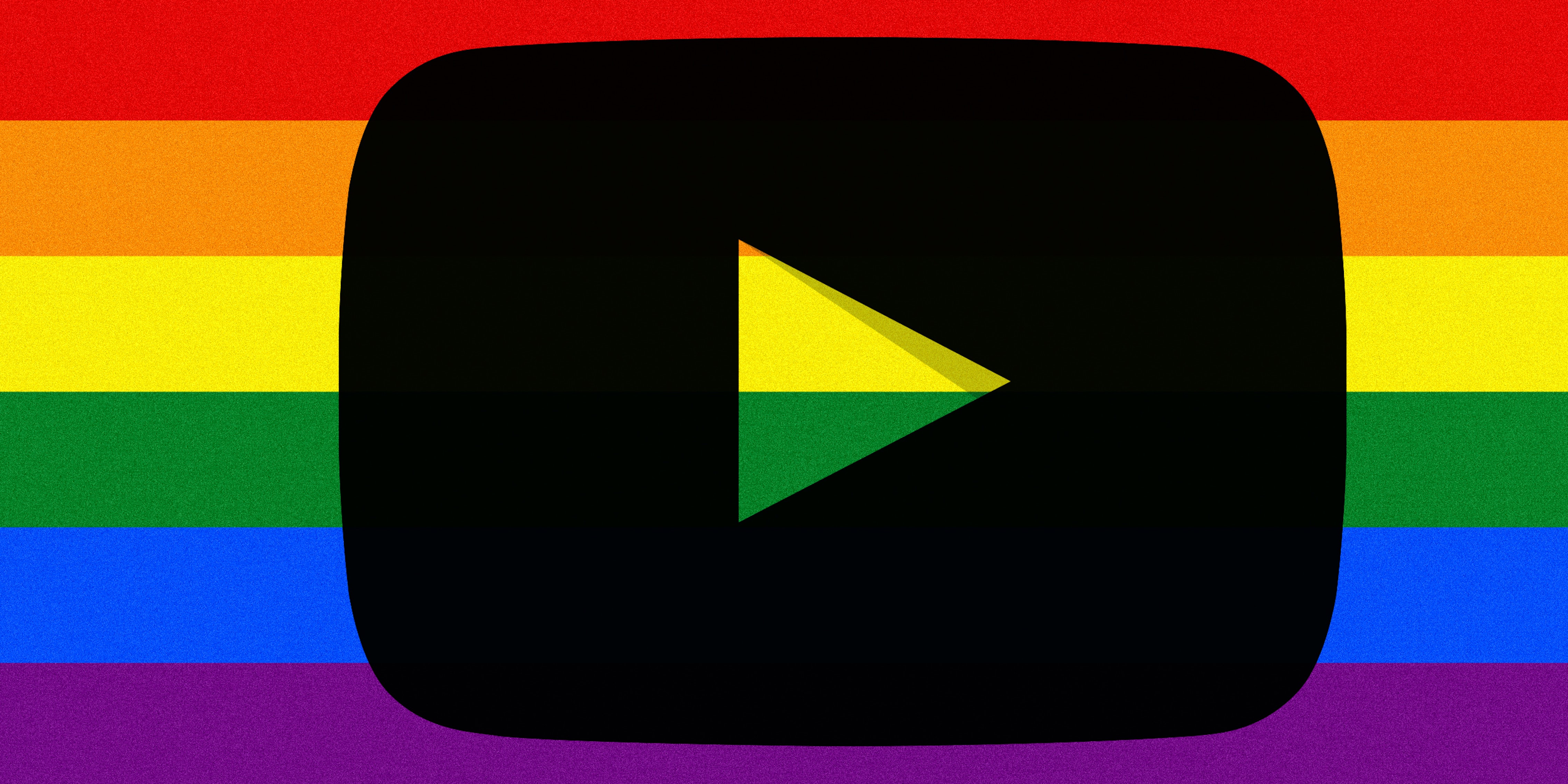 Many LGBT videos aren't showing up in searches.

Several YouTube stars are accusing their platform of hiding LGBT-related videos through a feature that allows users to filter out “potentially objectionable content.”

YouTube’s “Restricted Mode” is an opt-in tool that “screens out” videos determined by a mixture of flagging, age restrictions, and other variables; you can turn it on at the bottom of any YouTube page. While Restricted Mode is not a new feature, many on the platform didn’t realize how it would affect LGBT YouTubers until a few days ago.

Rowan Ellis, who makes pop culture videos with a “feminist and queer perspective,” discussed how Restricted Mode appeared to target LGBT-related content. She said that 40 of her videos were blocked in Restricted Mode while others have felt the affect: One creator had every video about her girlfriend blocked while another had almost his entire channel marked as restricted content. Part of it, Ellis argued, boils down to the double standard that identifying openly as a member of the LGBT community—or even as a safe person for children to talk to without fears of homophobia or transphobia—is inappropriate and could form inappropriate relationships.

“The sexualization of queer and trans people is still rampant,” Ellis explained. “This kind of insidious poison that makes us seem inappropriate is still around, it’s still having an effect.”

There are some examples of non-LGBT related content being blocked under Restricted Mode like Taylor Swift music videos, but the restrictions appear to disproportionately affect LGBT creators and those who make LGBT-related videos, regardless of what those videos actually discuss. NeonFiona, a U.K.-based YouTuber, points out that YouTube restricted her videos about bisexuality but didn’t restrict the videos that talked about sex.

Just looked at my videos with the "restricted mode" on. Seeing a bit of a theme here…

Restricted Mode appeared to block LGBT creators and content beyond videos talking about sexuality. A video about Asexual Awareness Week was hidden in Restricted Mode along with YouTube’s own video celebrating marriage equality and LGBT pride.

so youtube even blocks it's own #proudtolove video for marriage equality in restricted mode. UM WAIT I'M SORRY WHAT. pic.twitter.com/tQt19W5Gdq

The hashtag #YouTubeIsOverParty trended over the weekend as viewers and creators condemned the restriction of LGBT videos and pointed to the hypocrisy of blocking those videos when content featuring hate speech and violence was still viewable in that mode. Some of them were echoing the message Ellis conveyed, while some feared that their new LGBT-related videos would now be restricted.

"YouTube Restricted" is for a way for parents to block potentially offensive content. Apparently that includes the existence of gay people?

If you're gonna deem all LGBT+ videos unsafe do the same for Hetero ones too? They're unsafe, I might turn straight. #youtubeisoverparty

The restrictions even affected Tyler Oakley, one of the most popular and visible LGBT creators on the platform. In his case, Restricted Mode appeared to hide one of his videos because of the title, not what the video entailed.

still not fixed. one of my recent videos "8 Black LGBTQ+ Trailblazers Who Inspire Me" is blocked because of this. i'm perplexed, @YouTube. https://t.co/MrGBmPum1a

YouTube eventually responded to creators Sunday night, confirming that some LGBTQ+ videos weren’t available in Restricted Mode, and that it’s looking into those concerns.

“We are so proud to represent LGBTQ+ voices on our platform–they’re a key part of what YouTube is all about,” YouTube said in a statement. “The intention of Restricted Mode is to filter out mature content for the tiny subset of users who want a more limited experience. LGBTQ+ videos are available in Restricted Mode, but videos that discuss more sensitive issues may not be. We regret any confusion this has caused and are looking into your concerns.”

Restricted Mode has affected others outside online creators. Indie music stars Tegan and Sara have reported that some of their videos were restricted even after YouTube pledged to look into the issue.

If you put @YouTube on restricted mode a bunch of our music videos disappear. I checked myself. LGBTQ people shouldn't be restricted. SAD!

Sadly our U-Turn video also is gone. Nothing gay in it accept us. Our dancing IS pretty bad. Must be why? @youtube is it our dancing?

Our videos for Alligator, That Girl + U-turn still restricted. None have "sensitive content" in them unless us dancing is "sensitive". https://t.co/IvFQfxYplZ