How to stream Coastal Carolina vs. Appalachian State

Sun Belt Conference play opens up with a clash between surging powers.

Conference play in the Sun Belt begins with a lively showdown between surging teams—but college football fans will need an ESPN+ stream to watch. Below is everything you need to know to watch Coastal Carolina vs. Appalachian State.

As for the game itself, the visiting Chanticleers come into this one following a thumping of UMass last week that saw sophomore quarterback Bryce Carpenter complete 89% of his passes and pile on with 100 rushing yards in a 62-28 road win. As the Sun News notes, the Chants averaged 9 yards per play.

Things will be trickier on the road against this Appalachian State, a version of the FBS darlings coming off a gritty, complete 34-31 upset win over Mack Brown’s  North Carolina Tarheels in front of 50,000 fans. For 36-year-old Mountaineers coach Eliah Drinkwitz, hired in December after a three-season stint as North Carolina State’s offensive coordinator, it’s hard to do better than 3-0. 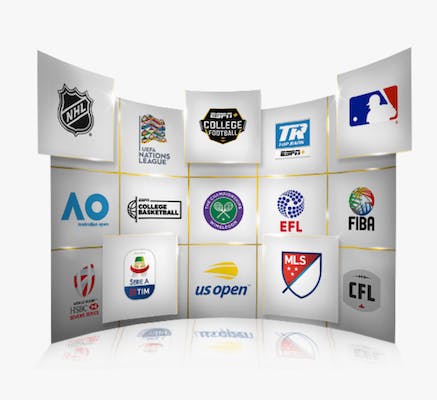 Coastal Carolina vs. Appalachian State: What to watch for

The Mountaineers took a 27-10 first-half lead over the Tarheels on the road. Defensive lineman Demetrius Taylor pops off the screen—he’s a dynamic roamer who gets in the backfield fast—and on Saturday forced three UNC turnovers. Offensively, this team is complete: Junior QB Zac Thomas can go over the top and then gash opponents with run-pass options in the red zone.

The 3-1 Chants, meanwhile, arrive with a 12-7 win this month at Kansas in their back pockets. As Drinkwitz told reporters this week about Coastal Carolina first-year defensive coordinator Chad Staggs’ unit: “They’ve got good corners, they’ve got good linebackers, their defensive line, interior defensive line is very disruptive. Their safeties are always in the right positions. He’s got good schemes. He’s got those guys playing hard. They’re very disciplined.”

And yet, Coastal is a 15-and-a-half point underdog, according to Odds Shark. And as Sports Chat Place notes, Coastal is 0-4 in its last four games against the points spread and against conference rivals. The Mountaineers, coming off a high-profile win, are huge home favorites—but these Chants have the offensive tools to keep up.