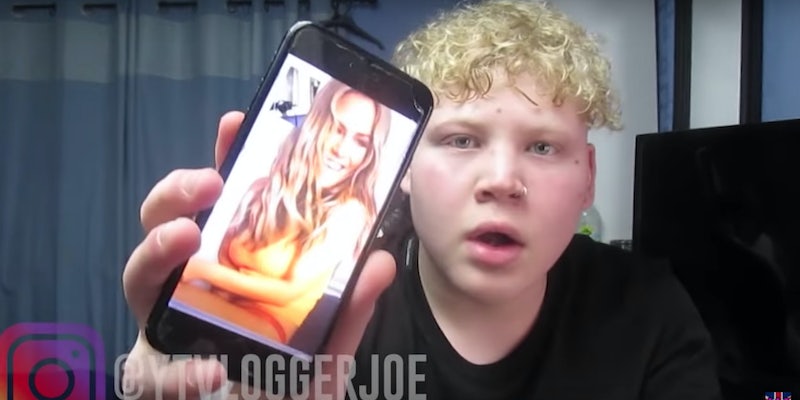 YouTuber shamed for fake call with Caroline Flack after her death

A YouTuber, who goes by Vlogger Joe and has over 27,000 subscribers, shared an alleged conversation with the late Caroline Flack mere hours after her death was reported.

The 40-year-old former Love Island host was found dead in her home on Saturday morning. It was confirmed that her death was by suicide and speculated to be caused by negative media attention.

The nearly five-minute video, titled “FACETIMING CAROLINE FLACK!! *SHE’S ALIVE!* *SHE ANSWERED… MUST WATCH!!,” shows Joe stating that he will be calling a number he believes to belong to her. He carries on a fake text conversation and then tries to FaceTime to prove the validity of the call.

At the end of the video, the YouTuber announces that the video was simply “a skit” and intended for “entertainment purposes.”

Although the video comes with a disclaimer, many on social media believed it to be disrespectful, distasteful, and too soon after Flack’s death.

“This is vile. The woman isn’t even cold yet and people are already using her death as clickbait,” Twitter user @ClaireBear11223 wrote.

Another user shared that they reported him.

“This is disgusting Joe, show an ounce of respect for Caroline’s family and friends and delete it now,” Twitter user @StuntPegg wrote.

Some users tweeted at YouTube, asking for the video to be removed.

“Please remove this video from YouTube. It’s absolutely vile and I cannot believe you’re allowing it on the platform. The account should be deleted!! It’s horrific!” Twitter user @ElenaBateman angrily stated.

Joe claims that contrary to popular belief, the video was uploaded for altruistic purposes.

Although the vlogger requests his viewers to subscribe and hit the like button throughout the video, he claims he is not seeking internet fame. Rather his intent is to promote mental health awareness. He also shared links to suicide-related resources.

Joe is not the first YouTuber to come under fire for “calling” recently dead celebrities. In January, Jolto was forced to delete his channel after uploading a “call” with the late Kobe Bryant.