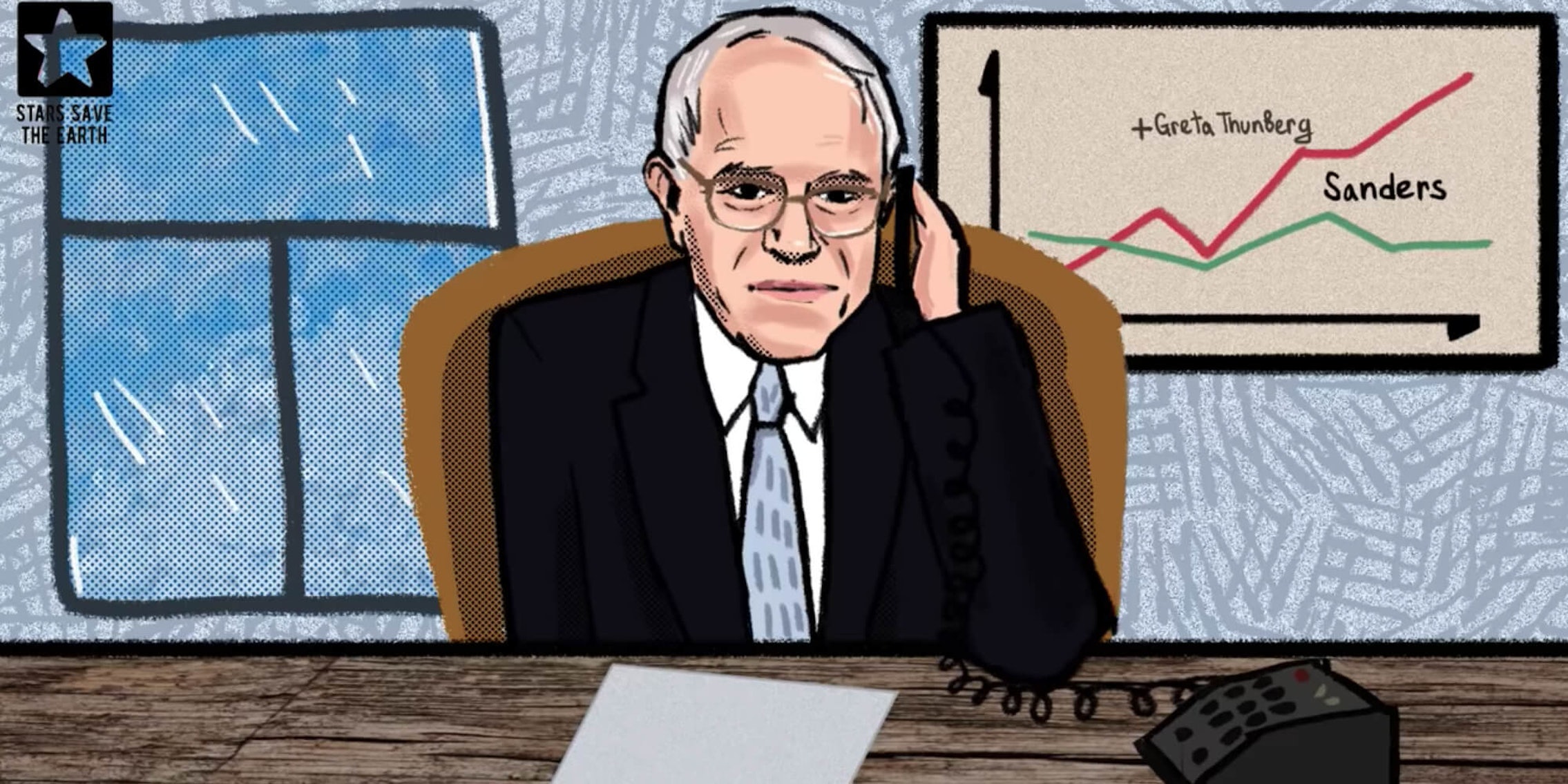 ‘Thunberg’ says she wants Billie Eilish and Kanye West to collab for a pro-Sanders song, an idea he calls ‘terrific.’

The pranksters, Vladimir Kuznetsov and Alexey Stolyarov, impersonated climate teen activist Greta Thunberg once again to prank call the Democratic presidential candidate. They posted audio and a cartoon depiction of the alleged interaction to YouTube.

In the nearly 12-minute phone call, an unknown person pretends to be Thunberg, while Stolyarov impersonates her father. A man, purported to be Sanders, suggests “Thunberg” publicly endorse him after she expresses support for his White House bid.

The fake Thunberg then says she wants Billie Eilish and Kanye West to collaborate for a pro-Sanders song, an idea he calls “terrific.”

Sanders starts to get suspicious after “Thunberg” accuses him of being a sleeper KGB agent.

“Now it’s time to wake up and fulfill your mission, become president of the United States, build communism in the United States and work for Russia. I’ll tell you the code phrase and you will remember,” the voice says.

Sanders then hangs up the phone.

Kuznetsov told the Associated Press that the phone call happened in December, but they just now released it to the public after Sanders won the New Hampshire primary and had great success in the Iowa caucuses.

They have chosen to impersonate Thunberg for their prank series, called “Stars Save the Earth,” because everyone wants “to talk to Greta Thunberg.”

Thunberg has previously denounced her impersonators and apologized to the celebrities and politicians who have been duped by them. Some of the politicians have reported the pranks to the Federal Bureau of Investigation (FBI) and the Capitol Police, according to AP.

The Daily Dot has reached out to the Sanders campaign.