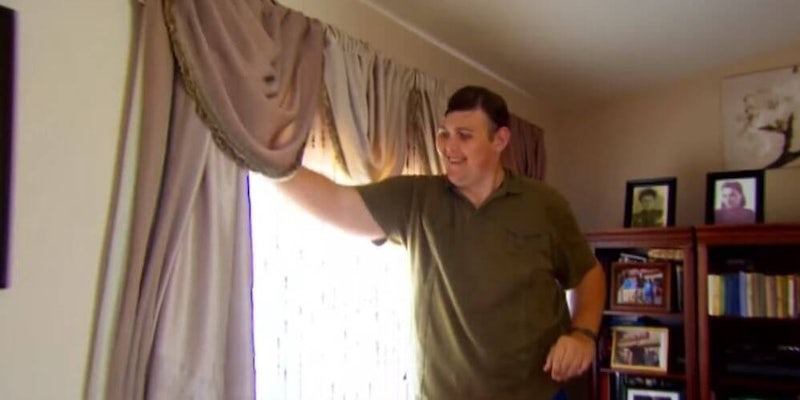 Igor Vovkovinskiy doesn’t know how much longer he’ll go on.

The man known as IgorTheUkrainian, whose real name is Igor Vovkovinskiy, has a YouTube channel with about 13,000 subscribers. He uploads videos where he eats MREs, aka military food rations, and discusses his life. He was recognized by the Guinness Book of World Records as the tallest man in the U.S. back in 2010.

But Vovkovinskiy is in real pain, as he describes in his video, titled “Status update. I guess karma is real. Still in hospital.” Not just physically, but mentally as well. He says he’s been in the hospital for more than a week, and he’s trying to live on just a few hours of sleep per night.

“It’s been hell for me,” he said. “I’m extremely exhausted. The bed is so uncomfortable I have to sleep in a sitting position.”

Vovkovinskiy—who was born in Ukraine but moved to Minnesota as a child—has had plenty of physical and financial burdens. He grew to be so tall because of a tumor buried in his brain that pressed on his pituitary gland. As a result, increased levels of growth hormone were released into Vovkovinskiy’s body as a child.

Now, he said he’s in the heart failure unit of the hospital, and he doesn’t know what the future holds for him. He needs surgery to “fix some kind of a valve issue that I was born with, but I don’t know if such a surgery can be done on someone my size.” Even then, Vovkovinskiy said he doesn’t know if he “can make it through the process” after the surgery is complete.

“I don’t really know what’s going to be happening anymore,” he said. “Bad things have happened to me in my life. I thought I had enough trials and tribulations in my life. And now I get this news dumped on me.”

In the video description, Vovkovinskiy wrote, “I always thought that I’ve done many good things in my life. I know that I’m a sinner, but I also know that I tried to do as much good as I can. I love my niece and nephew, I love my mother, I love my family, I love my friends, I love my homeland. Been trying to help out so much these last 5 years with the war in Ukraine. And having to deal with everything that I deal with on every day basis, I thought eventually karma would come around and Grant me something good in life, I guess God sees it differently.”