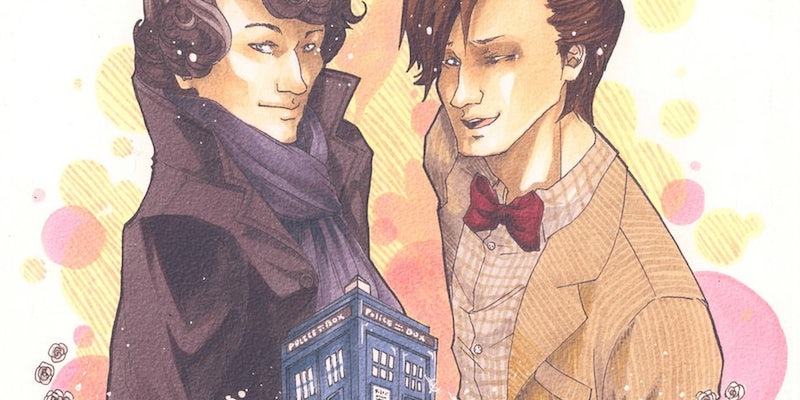 If Joss Whedon is king of the nerds, then Steven Moffat is fandom’s evil overlord.

If Joss Whedon is king of the nerds, then Steven Moffat is fandom’s evil overlord. He may not be a household name in the U.S. (yet), but in the world of Tumblr, things are a little different.

Along with MTV’s cult hit Teen Wolf, Tumblr fandom is ruled by Superwholock, the catchall tag for Supernatural, Doctor Who, and Sherlock. Teen Wolf and Supernatural both rely on the ever-popular topic of hot guys battling the undead, but Sherlock and Doctor Who have longevity on their side. Sherlock brings with it more than a century’s worth of Sherlock Holmes fandom history, and Doctor Who is the world’s longest-running sci-fi show. And both are helmed by Steven Moffat.

Still wondering how a middle-aged Scottish sitcom writer came to be the idol of Tumblr users across the globe? Let us count the reasons. 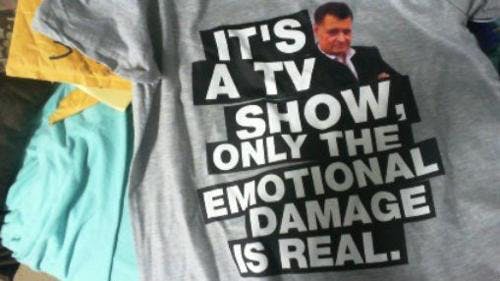 1) He writes fanfiction for a living.

While Doctor Who is something of a cult favorite in the U.S. and overseas, it’s mainstream family viewing in the U.K. Three generations have grown up with the show, and Doctor Who has now reached the point where most of its cast and crew are lifelong fans of the show. Basically, its writers are filming fanfic of a TV series they watched as kids. And what’s Sherlock if not a modern-era fanfic of the Sherlock Holmes stories?

2) He’s the inmate who took over the fandom asylum.

Moffat’s participation in the early days of online fandom is public knowledge, so it’s easy for today’s fans to see a little of themselves in him. If you do some digging, you can still find his old Usenet posts from the ‘90s—including one thread where he discusses a Doctor Who backstory idea he then wrote into an episode over 15 years later.

3) Sherlock and Doctor Who fandoms are famously intense.

In the real world, Doctor Who is loved by everyone from 6-year-olds wielding Dalek action-figures to their grandparents who watched the first episode back in 1963. Online, the fandom is similarly varied—but way more intense. While many of the older fans may have rubbed shoulders with Moffat on Doctor Who’s old-school fan site Outpost Gallifrey, most Tumblrites focus on the show’s 2005 reboot series, posting hundreds of GIFs and images every day. If you look up Doctor Who on Etsy, there are over 10,000 items of fanart and clothing on sale, many of them popularised by the Tumblr generation’s enthusiasm for cosplay and DIY merchandise. 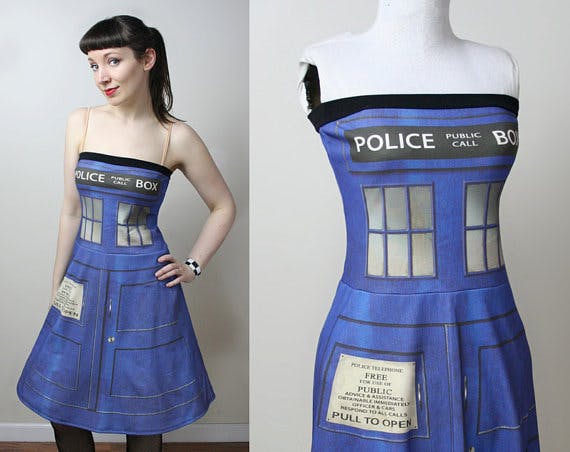 As for Sherlock, this show’s fans are famed for their dedication. Although only six episodes have aired since 2010, the fandom has taken over Tumblr with fanart, graffiti campaigns, infighting, and a selection of increasingly outlandish ways to mourn the (fake) death of their beloved Sherlock last year. One of the unwritten laws of Tumblr is that once any post reaches over 20,000 notes or so, WhoLock fandom will show up and start posting GIFs on it, regardless of the original topic.

No one can reach Moffat’s levels of geek credibility without making a few enemies, and he’s made more than most. He’s received a lot of criticism for his treatment of female characters, along with the fact that Doctor Who hasn’t aired a single episode written by a woman since he became showrunner. This isn’t helped by Tumblr’s ability to make controversial quotes go viral, even if they’re from years-old interviews. Blogs like feministwhoniverse and STFU-Moffat have collected a wide variety of press statements over the years, including instances where Moffat described women as “needy” and claimed that middle-class men are the underdogs in British society.

Having deleted his Twitter account after one too many clashes with critics, Moffat now has far less opportunity to troll his fans. Still, he has a solid reputation for teasing fandom with minor plot spoilers, only to disagree with himself months later. There’s even a “Steven Moffat is a troll” tag full of posts about his love of revealing near-meaningless spoiler hints to the press.

Since Doctor Who returns this weekend and the stars of Sherlock have managed to find time in their Hollywood schedules to film a third season, Tumblr users will have to accept that Steven Moffat is here to stay. Just don’t wade into an online discussion about him unless you really know what you’re getting into.