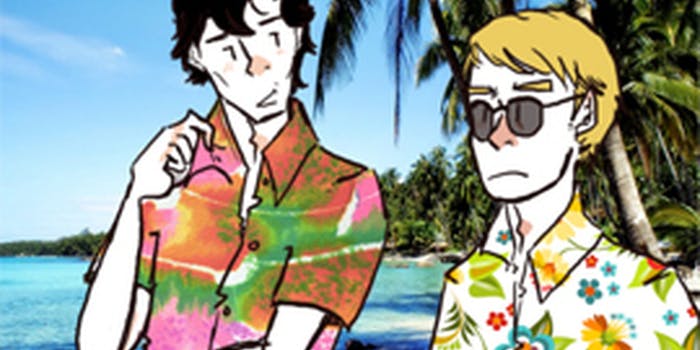 Using the tag letsdrawsherlock, fans have been turning out their artistic interpretations of a Sherlock meme.

One of the best things about fandom on the Internet is how easy it is for ideas to take shape, catch on, spread, and mutate quickly. In the case of Sherlock fandom, in which a huge crop of artists who regularly create meme-based fanart, it was probably only a matter of time before someone conceived the idea of creating art around a specific meme.

In this case, it was the Japanese Sherlock fandom who came together to create an image macro-style fanart collection. Tumblr user marching123 explained the concept in broken English: numerous works of fanart, all based on the same basic meme-ready pose, Sherlock steepling his hands together.

Taken together, the works of fanart from 101 Japanese-language artists form a meme collage, which marching123 shared on her Tumblr. Though each one is using the same basic body pose and layout, when viewed closer, they’re all different: 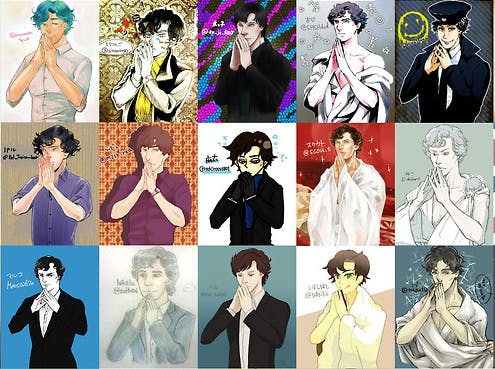 From there, it was easy for Reapersun, noted Sherlock fanartist and creator of the Red Pants Monday JohnLock meme, to take that concept and apply it to the English-language side of fandom for a go-round with the art challenge. After her post got 600 notes of approval, she created a challenge Tumblr, letsdrawsherlock. For her inspiration, she took the well-known promo pose of John Watson and Sherlock Holmes leaning against the ornately wallpapered–with one macabre flourish—wall of 221B. In one month, Reapersun will take the results and make a similar collage from all of the submitted art.

Using the tag letsdrawsherlock, fans have been turning out wall poses in droves. The fun is in seeing how different and creative the artists can get using the same basic composition. Here are some of our favorites. 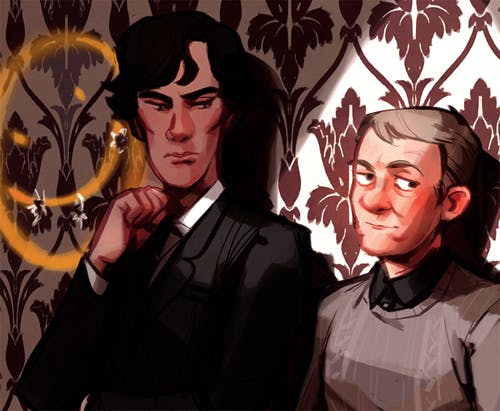 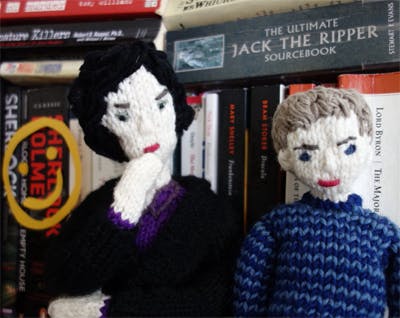 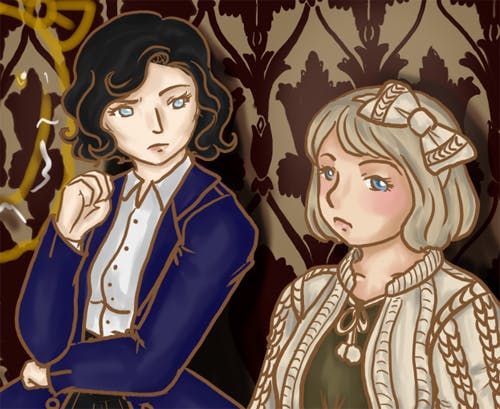 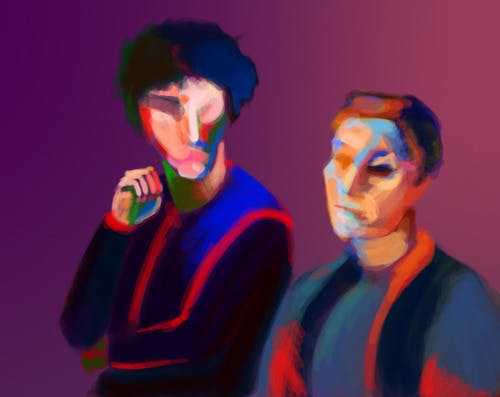 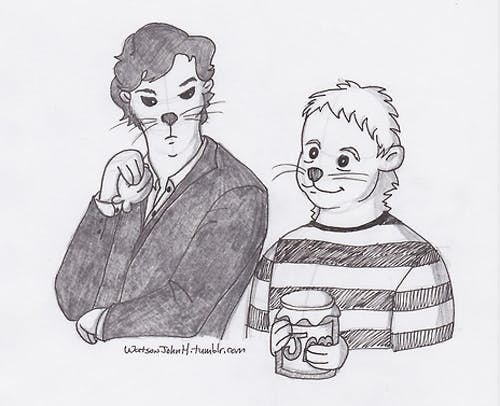 In the image above, actors Benedict Cumberbatch and Martin Freeman are shown as an otter and a hedgehog, according to their respective Internet memes. Oh, and Watson likes jam.

Participants have until April 20 to submit their art in order to be included in the final collage. If the number of artists signing up so far is any indication, it’s going to be big.