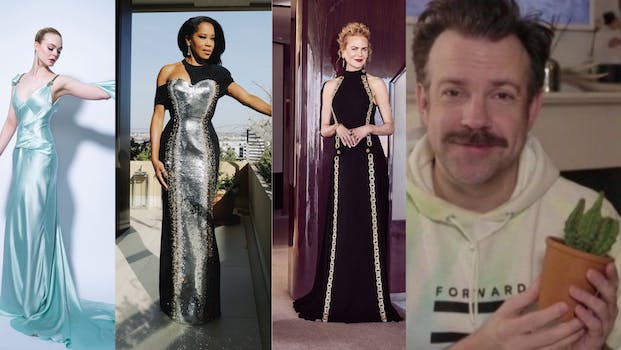 What’s new on Peacock? Here are the best movies, shows, and Peacock originals to stream in March.

Put on your best bathrobe, make yourself a White Russian, and enjoy Jeff Bridges as The Dude, a remarkably zen guy roped into a series of outrageous circumstances. Mistaken for a wealthy man of the same name, The Dude is attacked in his home.

What follows is a wild series of cause-and-effect in true Cohen brothers fashion— a hilariously complicated plot carried by iconic character moments. Stream Peacock to witness this epic cult classic about a quest to replace a really nice living room rug.

The Blue Brothers are a beloved fixture for any classic SNL fan. New on Peacock this spring, ride across the country with with newly-paroled Jake Blues and his brother Elwood.

They’re on a “mission from God”, and with the help of musical legends like James Brown, Aretha Franklin, Ray Charles, and Chaka Khan, they want to get their old blues band back together. Revisiting this bit of old Americana steaming on Peacock is sure to bring some rhythm to your one-year quarantine blues.

Bill Murray plays the burnt-out movie star Bob Harris feeling displaced on a promotional trip to Tokyo. When jet lag brings him to the hotel bar, he meets the newlywed Charlotte, on vacation with her detached photographer husband. The two share what director Sophia Coppola calls a “romantic melancholy” in this beautiful story about affection and isolation.

The Golden Globes have been trending— and not for great reasons. The LA Times revealed a severe lack of diversity on the award show’s judging panel. Combined with a few “wtf?” nominations, streaming it on Peacock will get you full coverage of the whole hot mess.

Whether you watch the Globes in earnest fun or you’re in the mood to hate-watch, we don’t judge. Like most award shows, it’s worth watching for the fashion; stars walked the red carpet or Zoom-called in. And let’s be honest, Jason Sudeikis living his coziest life at a live formal event is big 2021 energy.

This Peacock original is the platform’s first reach into true crime. This docuseries features previously unseen footage from Gacy’s 1992 interview in prison, along with trial footage, interviews with his ex-wife, and more. Serial killer junkies will no doubt enjoy this deep dive into the mind of the clown that terrified America.

What’s new on Peacock this March