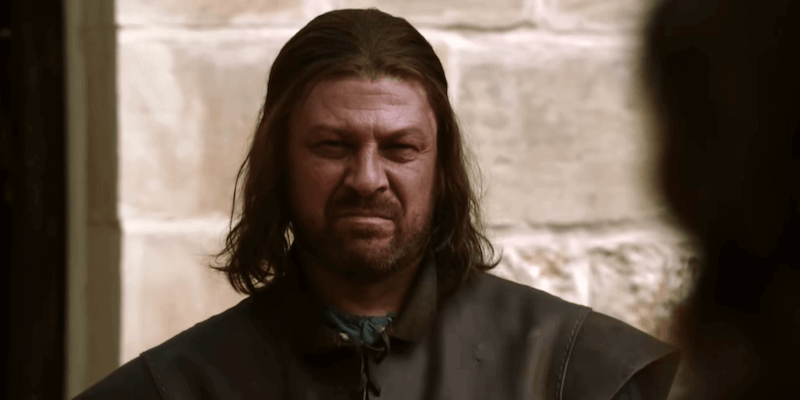 After 23 deaths, Sean Bean is tired of getting killed on-screen

'They know my character's going to die because I'm in it!'

Actor Sean Bean confided that he is tired of dying on-screen in an interview with The Sun. He said that after so many cinematic deaths, he has started weighing his character’s fate before he takes a role.

Bean’s most famous cinematic deaths occurred in the fantasy epics Game of Thrones and Lord of the Rings, but in total, he has died a whopping 23 times on-screen since having his throat cut in 1981’s Caravaggio.

“They know my character’s going to die because I’m in it!” Bean lamented.

After almost two dozen deaths, Bean has started to push back. He told The Sun that on a recent job, he insisted they just injure him badly instead of killing him off completely. “I’ve played a lot of baddies, they were great but they weren’t always fulfilling—and I always died,” Bean added.

Bean died so often on-screen that fans began to notice. In 2014, a “Don’t kill Sean Bean” campaign took off on social media.

Looking back on it, Bean realizes the pros and cons of on-screen death can be complicated. At first, he was glad to hear about his Game of Thrones death, as he didn’t “want to get stuck in one of these series that last seven years.” After the show became a massive hit, however, he wished he had been able to stick around.

In addition to Game of Thrones and Lord of the Rings, some of Bean’s most notable deaths include Patriot Games, Golden Eye, and The Island.

See the full list and all 23 causes of death at The Sun.