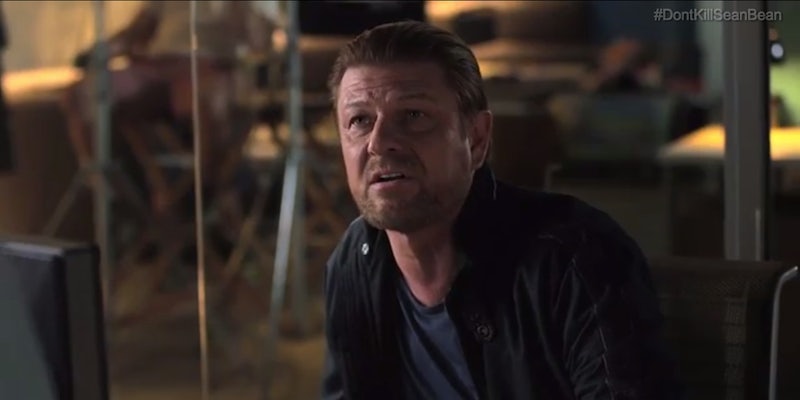 Sean Bean doesn’t know how not to die

At this point, it'd be a bigger twist if his characters lived.

Sean Bean is very good at dying on screen, but how does he actually handle it when his character lives?

He’s died over 20 times in his career, but on his new show Legends he will live. It’s even become an advertising hook for TNT, which seems to be embracing that mindset among Bean fans full-heartedly. But maybe, just maybe, the constant worry of whether he’ll still be breathing on his own show is starting to get to him.

His latest shoot is a fairly straight up scene where not much really happens, but it’s missing something. The writer may not see it, but he certainly does, and he’s got more than enough tips on how to remedy the situation ranging from realistic to downright creative.

Some of his on-screen deaths were already written in books before he ever got a hand on the script, but it might make you wonder how many of them were his suggestion.