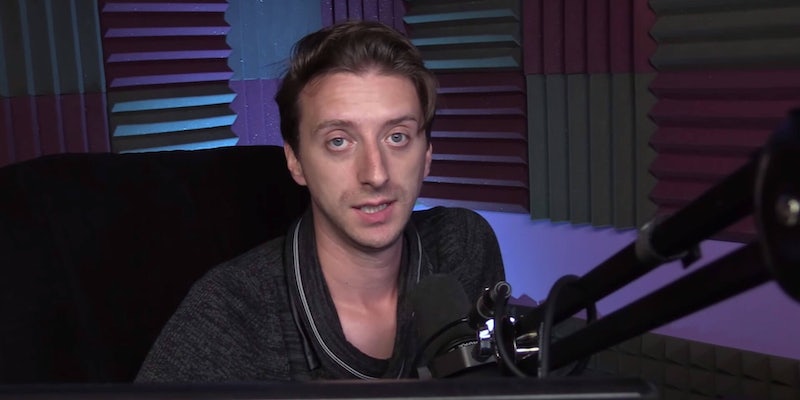 'It wasn’t important if it was true or not, a mob was beating me down and everyone jumped in on it.'

After three months of near radio silence regarding accusations that he cheated on his wife with another YouTuber and soliciting nudes from minors, ProJared—real name Jared Knabenbauer—posted a 42-minute response Tuesday attempting to clear his name.

The video, titled “YOU’VE BEEN LIED TO,” and is the first upload to his ProJared YouTube channel in over eight months and already has over 1 million views.

In the video, Knabenbauer claims that he never cheated on his ex-wife and that he attempted to end his marriage before engaging in romantic activity with anyone else. Knabenbauer spends the bulk of the video addressing allegations that he solicited nude images of minors from a since-deactivated Tumblr account. “These allegations against me about being a predator against underage people are fundamentally false,” Knabenbauer says.

He claims the accusers, identified as Chai and Charlie, did so for attention and social capital. Knabenbauer also says Charlie lied in an interview with the Daily Beast. In the interview, Charlie says that they do not recall Knabenbauer ever asking if they were over the age of 18.

Knabenbauer’s main defense is that he always asked the people he exchanged nudes with if they were over the age of consent and never actively pursued anyone. “It was never meant to be an abuse of power,” Knabenbauer says. He admits, however, that his status as a prominent YouTube creator skewed the dynamics. “There was a power imbalance,” he says. “I feel that what I was doing wasn’t predatory but it was unhealthy.”

At the end of the video, Knabenbauer denounces cancel culture and asks viewers to get the full story before jumping to conclusions. “This was perpetuated until it became the truth,” he says. “But it wasn’t the truth and that didn’t matter. It wasn’t important if it was true or not, a mob was beating me down and everyone jumped in on it. Everyone wanted to show that they had the moral high ground.” Knabenbauer says his ProJared YouTube channel will continue and that he plans to slowly make his way back to public life.