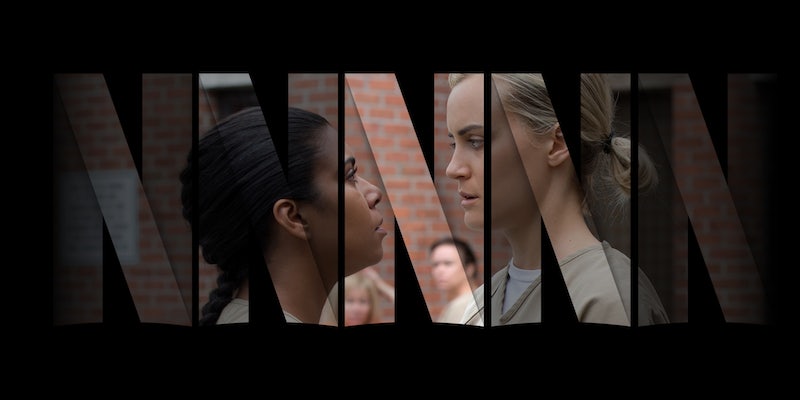 Who ARE these people?

Netflix has been very cagey about how many people are watching some of its most popular shows, but today we got a little insight into one of them.

On Wednesday, at a conference for media partners in Las Vegas, Nielsen finally revealed select viewer numbers for Orange Is the New Black, one of Netflix’s flagship original series. It was first announced in 2014 that Nielsen would start revealing Netflix and Amazon viewer numbers, though it appears that info has only been shared with studios up until now.

Between its release date on June 17 and June 19, 6.7 million viewers watched the season 4 debut of OITNB. The second episode was viewed by 5.9 million. That’s impressive in terms of traditional TV numbers: Nearly 8 million viewers tuned in for the season 6 premiere of Game of Thrones. Though data is only being released for certain shows during certain time frames, it would also be interesting to see which Netflix original series have not performed as well. However, the platform is releasing original series at such a furious clip, that’s probably not be a priority.

Nielsen also offered data on a Hulu series: Specifically its pickup of Seinfeld. During the first five days of availability, 706,000 viewers were streaming the series. More broadly, Nielsen said 52 percent of households in the U.S. use some subscription video-on-demand service.

Netflix has yet to confirm these numbers, but since the site doesn’t sell ads, it’s long had an excuse not to reveal viewership. Other entities have tried to unpack viewer numbers, though.