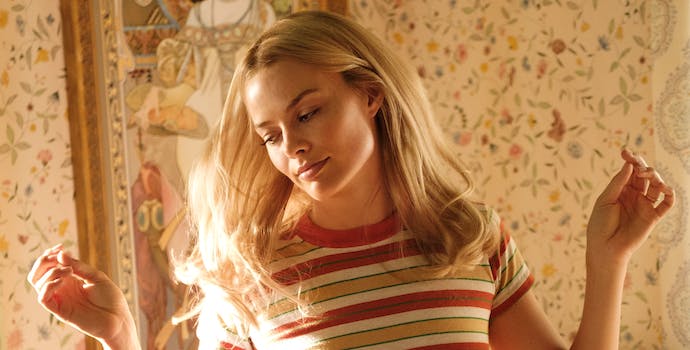 ‘Once Upon a Time’ divides audiences on its historical context

Is the film confusing if you don't know about the Tate murders?

Based on the trailer and cheesy posters, it’s clear that Quentin Tarantino’s new film, Once Upon a Time… in Hollywood, is set in 1969 Los Angeles and deals with the Manson Family murders. The fact that Sharon Tate (played by Margot Robbie) is a main character in the film is a big enough hint that Tarantino is going to end on the tragic events that led to her death while 8 months pregnant. Tate’s murder (as well as the murders of her friends, who were at her home at the time) became a national story and is well known by most people with even a vague knowledge of Charles Manson, who directed leaders of his cult to kill everyone in Tate’s home on the infamous Cielo Drive.

But for younger generations or people who don’t know every detail surrounding the Tate murders, is the ending of Tarantino’s film understandable? The question has become a debate on Film Twitter.

So like
If you don't know the Manson murders in general and the Cielo Drive murders in granular detail does OUATIH make any sense?

I’m firmly on team “it’s not Quentin Tarantino’s fault that ONCE UPON A TIME IN HOLLYWOOD asks you to be at least vaguely familiar with one of the most infamous moments in 20th century American history.”

I’m going to spoil the ending here, so if you haven’t seen the film and don’t want to know what happens, stop reading! Seriously. OK, so if you watched the film, you know that Tarantino rewrites history in the style of Inglourious Basterds. The Manson Family members decide to go to actor Rick Dalton’s house (Leonardo DiCaprio’s fictional character) instead. Dalton lives next door to Tate in this alternate history. Dalton and his stunt double, Cliff Booth (Brad Pitt), take out the cult members in a gruesome way that is on-brand with Tarantino’s other films. In the fictional ending, Dalton is invited into Tate’s home, and he presumably becomes friends with her and in turn her husband, director Roman Polanski. It’s a bittersweet “what if the Tate murders never happened” conclusion. (At the expense of watching young women get brutally murdered for “entertainment,” even though Manson was the true villain.) But is the end truly satisfying if you don’t know the full history of the Tate murders? Probably not.

“My parents, who know nothing about the Manson killings, just watched Once Upon a Time in Hollywood and it’s the most baffled they’ve been in their entire lives,” wrote actor and writer Kumail Nanjiani in a tweet on Monday.

My parents, who know nothing about the Manson klllings, just watched Once Upon a Time in Hollywood and it’s the most baffled they’ve been in their entire lives.

Several people quoted Nanjiani’s tweet and agreed with him.

My sister… plus she is younger so I had to explain to her what really happened in real life https://t.co/5ejHOBDEqk

Basically me. I knew who Manson was but no idea about the Sharon Tate involvement. Polanski being there just seemed to make it even more made up. https://t.co/wJ5fRcLYCq

As a young person, I implore my fellow youngs to read up a tiny bit on the Manson murders before seeing the movie. I definitely knew enough not to be impeded, but there were a couple moments I had to recall why something seemingly innocuous was actually quite significant https://t.co/J0dFQSXPXc

There are lots of other tweets from people talking about the film being confusing to those without knowledge of the Manson killings.

How am I just now finding out about this Charles Manson stuff. I saw the whole “once upon a time in Hollywood” movie and was so confused until someone told me it was about Manson and I was like who?

When all your friends go see Once Upon a Time in Hollywood not knowing what the film is based off of and leave wildly confused.

just got out of Once upon a time in hollywood and it was mad good, i can imagine some people being confused by the ending without some background knowledge though

Tarantino has previously written fictional stories within historical settings (the aforementioned Inglourious Basterds follows people plotting to take down Nazis and Adolf Hitler), but it’s not clear that Once Upon a Time is an alternate history film until around the last 20 minutes. Tarantino asked critics not to spoil the ending in reviews, which seems unnecessary and actually works against the film. If audiences went into the film knowing it was a rewrite of history, they may be more inclined to brush up on the real-life events before watching it.

Charlie Says, another film released this year that follows the Manson Family killings, did a better job at explaining the tragic events of 1969. The film as a whole wasn’t as watchable as Once Upon a Time—it holds a Rotten Tomatoes rating of 57%—but it does show the events that led up to the Tate murders and how it impacted the women members involved. Charlie Says doesn’t portray the women as true villains, as Tarantino does. Instead, it shows them as victims of brainwashing in a cult. At one point in the film, the three women watch a clip of Sharon Tate giving an interview from their prison cells. As they watch it, they begin to realize the full extent of what they have done. It’s an emotional moment that carries a lot of weight.

Once Upon a Time is a film that is decidedly not about Manson and his cult (Manson is only shown briefly, in one scene). Yet Tarantino decides to set its story, about a white male actor worried about becoming a has-been, in the world of the Manson killings. The film is stylistically beautiful, with great shots (minus all the weird feet close-ups and scenes of women snoring) and punchy dialogue. But it could have made the true history clearer to audiences. Movies do not need to explain everything, and sometimes when they do, it’s exhausting. Yet with a running time of nearly 3 hours, Tarantino had plenty of time to briefly put the ending in context for a wider audience. Once Upon a Time is more satisfying if you’re unaware of the “twist” at the end, but it’s also helpful to know what really happened before you watch it. All of this is to say that if you’re reading this and thinking about seeing the film, it wouldn’t hurt to familiarize yourself with the details of the Tate killings.