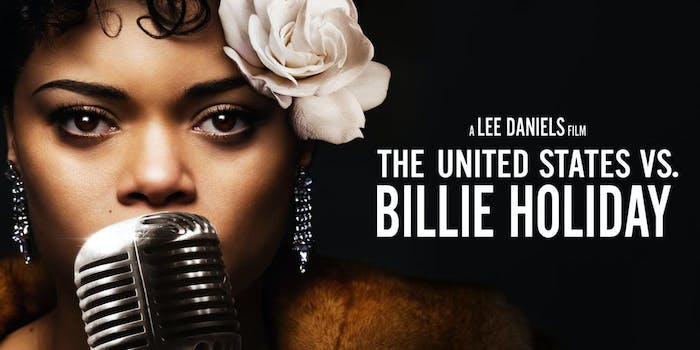 How to stream ‘The United States Vs Billie Holiday’

The voice of a movement.

Billie Holiday is one of the most iconic voices in jazz history. But did you know that the US government used her to racialize the war on drugs? Lee Daniels’ The United States Vs Billie Holiday is the story of her martyrdom.

In the 1940s, the US government uses the massive stardom of Billie Holiday to take the war on drugs to a new level. The state uses its propaganda arm to put Holiday’s drug use in the spotlight, culminating in a jail sentence and one of the most memorable Carnegie Hall performances in history.

Here’s everything you need to stream The United States Vs. Billie Holiday.

What is The United States Vs Billie Holiday?

This Lee Daniels film is loosely based on the non-fiction book Chasing the Scream: The First and Last Days of the War on Drugs.

How to stream The United States Vs Billie Holiday

The United States Vs Billie Holiday is available exclusively on Hulu.

If you want to watch episodes of your favorite shows on the day after they air, there’s no better option than Hulu. The streaming service just slashed the cost of its ad-supported version to a mere $5.99 per month. This breaks down to or $59.99 a year. Hulu offers episodes of shows including Seinfeld, Family Guy, Golden Girls, and many other hits on-demand. There’s also tons of celebrated original programming. This includes Letterkenny, Veronica Mars, The Handmaid’s Tale, and PEn15, and of course, The United States Vs. Billie Holiday. If you subscribe to Hulu Live TV, you’ll get the on-demand portion of Hulu included for free. You can also upgrade to Hulu with No Commercials for $11.99 per month.