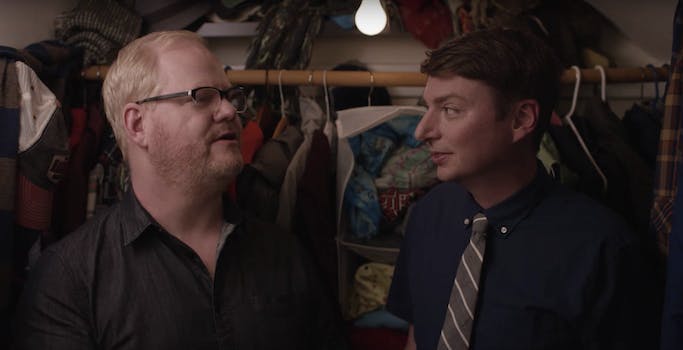 Usually Mike O’Brien has success locking lips with his celebrity guests on the webseries 7 Minutes in Heaven, but comedian Jim Gaffigan proved elusive.

O’Brien hosted Gaffigan in the closet for a chat about Gaffigan sleeping with O’Brien’s mother, unverifiable high school teacher impressions, and jokes about Girl Scouts. But when it came time for the exit moment, Gaffigan put up a fight.

“You did play football, I could tell from that push,” laughed O’Brien in the clip as Gaffigan kept him at bay.

The star has been able to land kisses on the likes of John Cena, Sarah Silverman, and even Paul Rudd.