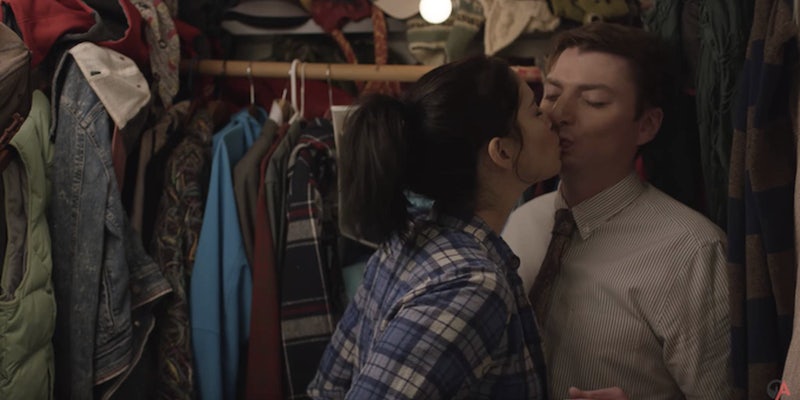 Usually, it’s Mike O’Brien springing the lip-locks on his unsuspecting guests in 7 Minutes in Heaven, but for this season’s premiere, comedian Sarah Silverman makes the first move.

The pair crowd into a closet to show off some classy American Apparel ad poses, mark hamsters for extinction, and O’Brien even fits the filming of his iPhone hip-hop countdown show on the side. They also crowd in some crew to give her a test audience for new standup material. It goes over OK.

They also finish the video with a trio of kisses. One for how Silverman would kiss a homeless person, one for Don Rickles, and one for how she wants to kiss O’Brien. She’s just not allowed to tell him which is which.

O’Brien has puckered up with various stars over the years in the Above Average series, from Paul Rudd to Tina Fey to John Cena. New episodes premiere every other Thursday, with upcoming guests like Will Forte and Eva Longoria.