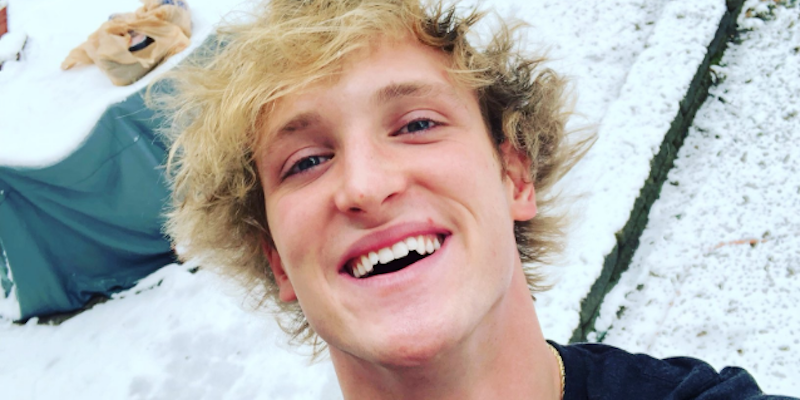 Logan Paul has announced that he’s taking a break from YouTube after facing several waves of backlash for a video he posted earlier this week.

The 22-year-old rang in the new year by uploading a 15-minute vlog about a corpse he’d encountered in the woods in Japan, kickstarting days of critical analysis from fans and the media. Paul’s video featured footage of a man who had apparently hung himself from a tree in what has been nicknamed the “suicide forest” by locals. Paul and his friends reacted to discovering the body in the video, and with over 15 million subscribers to Paul’s channel, it didn’t take long for people to start questioning the ethics behind the vlogger’s choice to publish it. Paul’s name trended on Twitter for hours as people examined why he’d thought it would be OK to post about discovering the corpse instead of, say, notifying the police.

Paul eventually pulled the clip and tweeted an open-letter apology to his fans Monday evening. He vowed to approach his “great power” and “big reach” with more responsibly in the future, but many criticized him for not seeming to understand why people were upset in the first place. Breaking Bad star Aaron Paul tweeted his disappointment at the YouTuber. “Suicide is not a joke,” he wrote. “Go rot in hell.”

Tuesday morning, Paul doubled down by uploading an apology video (which may or may not have been monetized), but his critics weren’t assuaged. Wednesday evening, the vlogger tweeted a brief announcement: He’d be taking some “time to reflect,” which means “no vlog for now.”

taking time to reflect
no vlog for now
see you soon

Paul did not elaborate on how long his hiatus would last, and his reps are not weighing in on the issue for now, but signing off with “See you soon” might hint that his eventual return will be via a vlog.