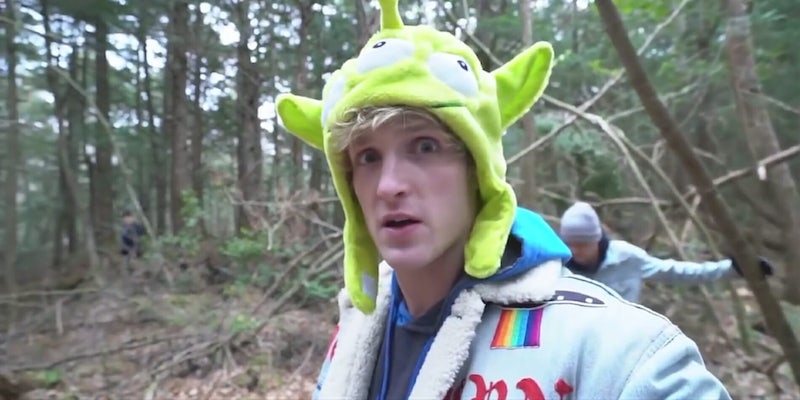 'This is resoundingly hollow.'

YouTube on Tuesday responded to the fury and controversy surrounding the now-removed video Logan Paul posted that showed a dead body in an area of Japan known as the “suicide forest.”

“Our hearts go out to the family of the person featured in the video,” the company said in a statement. It continued with an iteration of its terms and regulations.

“YouTube prohibits violent or gory content posted in a shocking, sensational or disrespectful manner,” YouTube said. “If a video is graphic, it can only remain on the site when supported by appropriate educational or documentary information and in some cases it will be age-gated. We partner with safety groups such as the National Suicide Prevention Lifeline to provide educational resources that are incorporated in our YouTube Safety Center.”

People on Twitter criticized the video platform, saying its statement seemed to be “hollow.”

i guess i’m just dumb as hell because this didn’t seem to say anything at all.

Really YouTube??? This is the best you could come up with?

This is resoundingly hollow when it had literally millions of views and was on the Trending tab, something they so clearly control and influence. Ridiculous statement from a platform that is increasingly finding itself mired in controversy like this under the current leadership.

On Monday, Paul tweeted an apology for the video he has since taken down. It showed footage of a dead body in Aokigahara, an 11.5-square mile forest on Mt. Fuji known as the “suicide forest.”

He also apologized in a vlog, but many people called on YouTube to ban Paul from its platform and questioned why the company didn’t step in sooner.

The controversy came one month after YouTube revealed plans to expand its moderation team to help remove “problematic content,” including extremist rhetoric and hate speech.