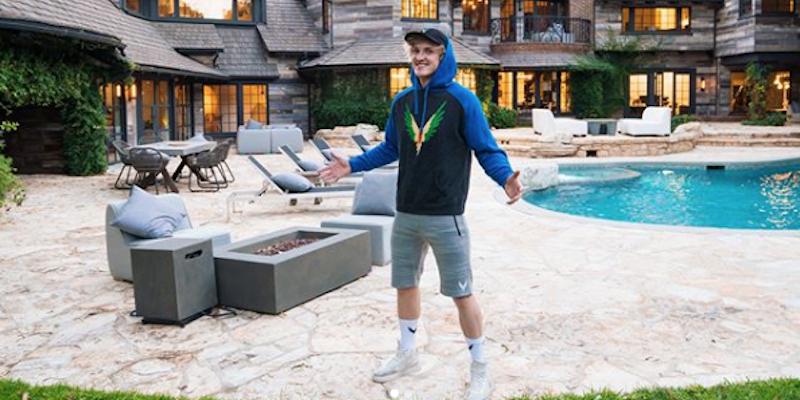 Logan Paul came home to quite the surprise Tuesday evening.

The controversial YouTuber has spent the better part of the last month in a PR scramble after uploading a controversial video of an apparent suicide victim and has faced scrutiny from both the YouTube community and the media. That increased coverage apparently inspired one passionate Paul fan to try to visit the 22-year-old’s home this week—and he succeeded.

According to TMZ, Paul returned to his San Fernando Valley house around 10pm PT Tuesday evening to find an unknown man on his couch in the living room, charging his phone. What’s even freakier: Several members of Paul’s team were apparently upstairs at the time and had heard the intruder come in. They just didn’t bother to check because they assumed it was Paul arriving home for the night. Luckily, Paul seems to have stumbled upon the situation not too long after the entry took place.

c’mon guys we got this

Once Paul realized what was going on, he apparently made a citizen’s arrest and called the police. Law enforcement told TMZ the guy “knew it was Logan’s house” and “just wanted to meet him.” He had entered through the unlocked front door and was booked for criminal trespass.

Paul recently made his return to YouTube after a brief hiatus following his “suicide forest” scandal.