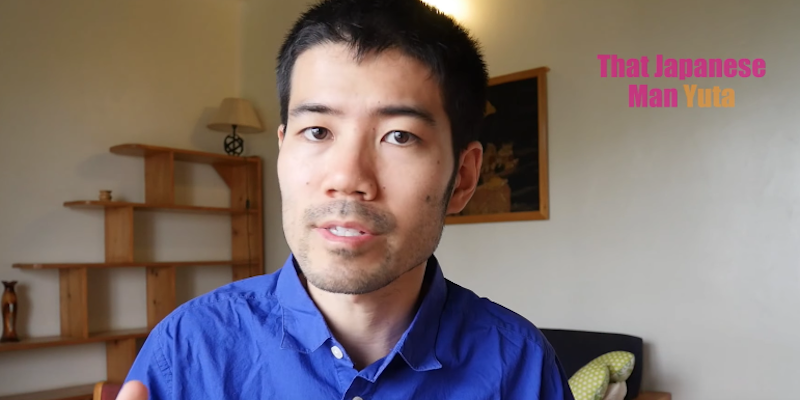 ‘He has absolutely no excuse whatsoever.’

A popular Japanese vlogger is calling for YouTube to disable Logan Paul‘s account after his release of several culturally insensitive videos this month.

Paul, whose channel has more than 15.6 million subscribers, rang in 2018 with a series of vlogs from a recent trip to Japan. He has faced backlash for everything from his culturally appropriated attire to his disrespectful behavior at religious sites, but his most controversial vlog was undoubtedly the now-deleted 15-minute clip in which he hiked through a well-documented “suicide forest” with friends and then filmed his reaction after discovering a corpse hanging from a tree. The outcry following Paul’s “suicide forest” upload reached far outside his typical YouTube audience, trending on Twitter in the U.S. for days as the media picked apart this seemingly new genre of social influencer psychology. After several failed apology attempts (which only fueled the commentary fire), the vlogger announced he’d be taking an indefinite hiatus from the streaming platform late last week.

But one of Japan’s most well-known English-speaking Japanese vloggers, Yuta Aoki aka That Japanese Man Yuta, isn’t satisfied just yet. He recently released a video sharing his perspective on the situation, and patiently outlines why Paul’s acts are deplorable not just in any country, but particularly in Japan:

“I’m not usually a big fan of making this kind of video, where I accuse people publicly,” Aoki says. “But those videos were so bad I just felt like I have to say something as a Japanese person who has some social following with English speakers.”

Over his 12-minute vlog, Aoki shows clips of Paul’s behavior from several of the videos from his Japan trip and breaks down why his behavior is concerning. Often in the videos, Paul is seen exploring some cultural site along with his friends and trying to get attention and reactions from the regular Japanese people who happen to be living their lives in the background. In one temple where people can be seen around him praying and quietly practicing their spirituality, Paul loudly tosses a handful of coins at a shrine and shouts to the camera while wearing a straw hat and silk robe over his clothes. Aoki calls the behavior “vulgar.” Later, during a trip to a Tokyo fish market, Paul hops onto the backs of moving delivery trucks and brandishes a squid tentacle in the faces of people walking by. In still another segment, he wears a Pikachu onesie and stands in the middle of the street, throwing a stuffed pokeball at bicyclists, moving cars, and passers-by while shouting, “I choose you!”

Paul remarks on how “nice” Japanese people are for “putting up with” him at one point and seems surprised that his antics haven’t been met with more push-back. According to Aoki, Paul fails to realize the difference between admiration and Japan’s non-confrontational culture.

“Just because somebody doesn’t yell at you and tell you to get lost doesn’t mean they like you,” Aoki says. “In these videos, you can see Japanese people’s disgusted faces.” He also points out one man who appears to be a tour guide traveling with Paul, who seems to sometimes be apologizing to security guards on Paul’s behalf in the background of his clips—so someone in their party picked up on how offended everyone was. Paul, for whatever reason, just seems incapable of noticing.

If the “suicide forest” video had been an exception to the rule, Aoki says, he’d be inclined to forgive Paul for the mistake and “give him the benefit of the doubt.” But because it came after so many other offensive uploads, and because his audience is so vast and so young, Aoki thinks it’s time for YouTube to step in.

“That video in question is far from an isolated case,” he explains. “It’s just part of what he does. The whole premise of his channel is him being disruptive, annoying, obnoxious, misbehaving, provoking people in public. If he didn’t get into any measure of trouble up to a point, it’s just because he was lucky… And for that reason, one apology video just doesn’t mean anything. He has absolutely no excuse whatsoever.”

Aoki says YouTube is “complicit” in Paul’s offensive behavior: “YouTube can be super sensitive about being politically correct, so it’s like they’re sending a message that you can be as anti-social as you want, as long as you don’t talk about politically sensitive topics.”