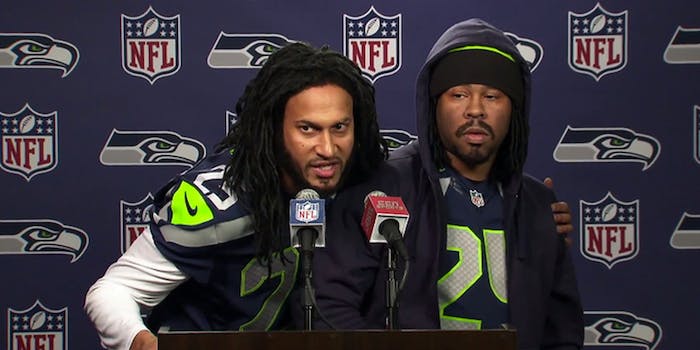 "There was a biscuit with some gravy."

Comedy duo Key & Peele have been nailing it with their Super Bowl pre-coverage, and their latest sketch is perhaps their most spot-on.

Marshawn Lynch stole the spotlight during the NFL‘s Media Day and tried his hand at comedy with the won’t-get-fined mantra, but fellow Seattle Seahawks teammate Richard Sherman has been in the spotlight a little less than last year. Enter Key & Peele.