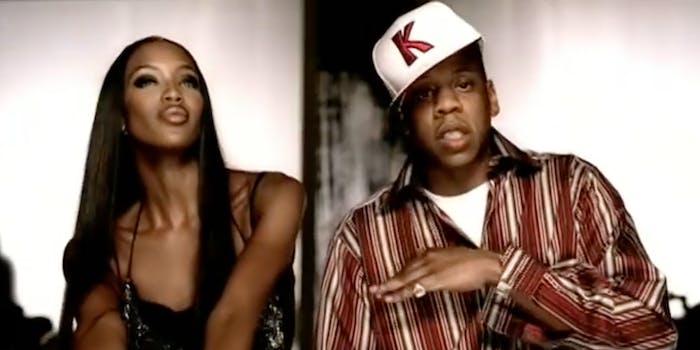 “Happy birthday, Hov Welcome back to Spotify,” Spotify tweeted in a picture collage, with a link to his songs.

Hov, of course, owns Tidal–one of Spotify’s primary competitors in music and content streaming–which makes this event all the more curious. No announcement or reasoning has been offered as to why the decision was made.

The catalog was initially pulled from Apple and Spotify in April 2017, at Hov’s behest, but it was restored on Apple Music shortly after. It’s taken until today for patient Spotify users.

Jay-Z has over 8.4 million monthly listeners per his Spotify page, which will gain a considerable boost in the short term. Instantly, all 17 of Jay-Z’s albums are streamable, including a collector’s edition of 2001’s The Blueprint, and Watch the Throne, his joint album with Kanye West.