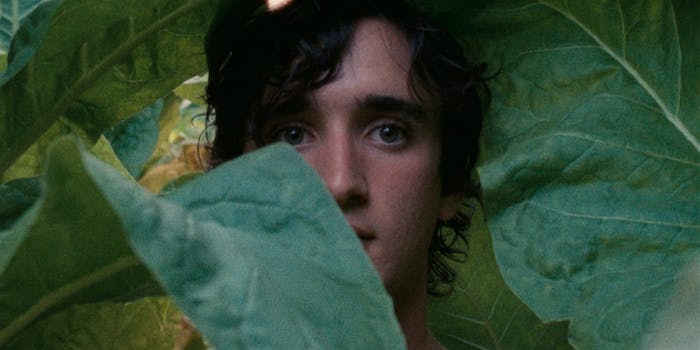 The best Italian movies on Netflix

From classics to modern-day fables, here are the best Italian movies on Netflix.

The best Italian movies on Netflix include classic films and newer takes on the genre as Netflix continues to pick up original films and series from Italy. Whether you’re hoping to pick up on some Italian phrases with the help of closed captioning or you speak fluently, you’ll have a small but mighty collection of mobster classics, crime thrillers, and docu-dramas to choose from. Here are the best Italian movies on Netflix right now.

The 7 best Italian movies on Netflix

A love letter to cinema, Giuseppe Tornatore’s 1988 film tells the story of a lone projectionist at a theater in post-war Sicily and the young boy who falls in love with the films he shows. We see an array of characters in the theater, including a priest who censors many of the films and get a solid, sweeping score from the great Ennio Morricone. But the heart of the film is the friendship between two film lovers and how movies shape memory. —Audra Schroeder

Stefano Sollima’s 2015 crime drama about corrupt politicians, mafia ties, and turf wars in Rome spawned a whole series (also on Netflix) but the film is its own compact thriller. A stylish and violent look at shifting allegiances in a city shaped by religion and wealth, Suburra has well-crafted characters and expertly paced action sequences. —Audra Schroeder

More a documentary than a film, Gianfranco Rosi’s Sacro GRA goes in circles. More specifically, he traverses the ring road around Rome (the Grande Raccordo Anulare, or GRA) and catalogs the people he meets along the way. He shows the generational divide and changing the landscape, but Sacro GRA isn’t a narrative film and doesn’t offer much social commentary. It’s more of a meditation on the nature of people-watching, and the beauty in repetition. —Audra Schroeder

4) They Call Me Jeeg

A welcome entry into the Italian superhero genre, They Call Me Jeeg concerns a small-time criminal named Enzo who develops superpowers after falling into radioactive waste. Sure, this plot sounds familiar, but the film stands out in the way Enzo uses his new powers: He’s not immediately a good guy; he’s still a criminal, only now his super-strength crimes are going viral. A love interest tries to get Enzo to use his powers for good, which might be the film’s one misstep, but They Call Me Jeeg also offers commentary on the political and social issues of modern Rome. —Audra Schroeder

The movie drops viewers into the world of Lazzaro, a “simple” young man working on a tobacco farm. Lazzaro lives with his fellow sharecroppers on the Italian countryside. Beyond that, you aren’t given much additional context. Slowly, clues reveal the time period the film is set in, until a mid-movie twist upends most of what preceded it. Although the direction Happy as Lazzaro takes might be predictable to some, the lead character himself is not. Content in his work and kind to the point of being pathological, Lazzaro becomes harder to understand as viewers learn more about him. —Chris Osterndorf

Happy as Lazzaro director Alice Rohrwacher’s 2015 film follows a family of beekeepers as they try to adhere to tradition and move into modernity. The push forward happens courtesy of eldest daughter Gelsomina, who longs for life outside her cramped household. One day, like a dream, a beautiful talk show host (Monica Bellucci) filming on a nearby beach stirs Gelsomina to enter her family in a contest for “most traditional family,” as she starts to assert her more as a young woman. The film was loosely based on Rohrwacher’s own upbringing, and features sister Alba Rohrwacher as Gelsomina’s mother. —Audra Schroeder

It’s difficult to even talk about The Godfather without considering the monumental impact it had on cinema and pop culture at large. The first film defined the gangster genre and gave us icons in Al Pacino’s Michael Corleone and Marlon Brando’s Don Vito Corleone. The second film subverted and redefined the expectations set by the first. It also made newcomer Robert De Niro a star.

The third film… well, the less said about the third film the better. Regardless, Francis Ford Coppola’s trilogy still stands as one of the finest American movie epics of all time. A defining immigrant story, a revelatory take on the nature of violence, and a profound meditation on family and power, The Godfather is all it’s cracked up to be and more. —Chris Osterndorf