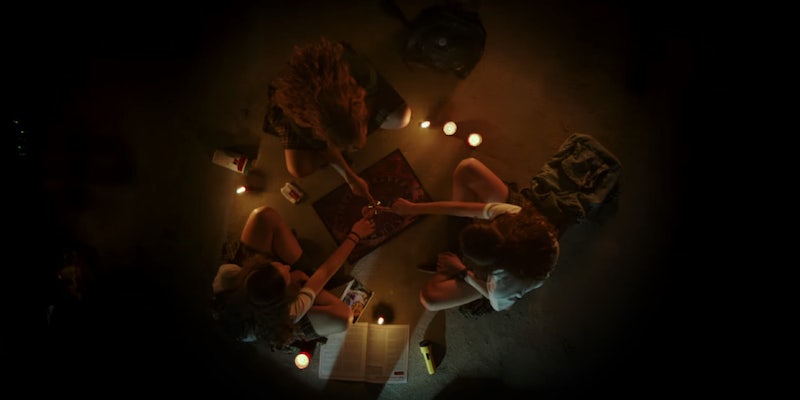 The best Spanish movies on Netflix

From older dramas to original titles, these are the best Spanish movies on Netflix.

It’s short on big names like Pedro Almodóvar and Luis Buñuel, but Netflix has plenty of other Spanish directors and films for the curious. It also has a growing roster of original Spanish titles, as Netflix continues to expand its production in Spain. Here’s a list of the best Spanish movies on Netflix and why you should add them to your queue today.

The best Spanish movies on Netflix

Spanish director Paco Plaza’s film follows a teenage girl, Verónica (Sandra Escacena), who holds a seance with her friends in the basement of their Catholic school while everyone else is outside watching a solar eclipse. If this confluence of events sounds like a bad idea, you’re right, because instead of reaching her deceased father, she channels a demon.

And one of the parts that has people “Nope”-ing is right after the seance, when Verónica’s mouth opens unnaturally wide, a favorite trope in more recent horror films. The movie is apparently loosely based on a real case from Madrid in the ’90s, called the Vallecas Case. It also involved a teenage girl, Estefania Gutierrez Lazaro, who reportedly used an Ouija board at school and later experienced hallucinations and seizures, dying mysteriously in 1991. After her death, her parents claimed to have experienced continued paranormal activity, such as a large figure looming in their hallway. —Audra Schroeder

2) The Fury of a Patient Man

This 2016 film-festival favorite from actor-turned-director Raúl Arévalo is yet another entry in the revenge thriller genre, but it stands out thanks to its performances. Jose (Antonio de la Torre) has waited eight years for Curro (Luis Callejo) to be released from prison for a jewelry store robbery and befriended Curro’s girlfriend, Ana (Ruth Diaz), in the meantime. But we soon see he’s using Ana as leverage to exact revenge, and in its second half, The Fury of a Patient Man becomes a tension-filled road movie. —Audra Schroeder

There’s plenty of sex in this 2001 film; it provides the passionate foundation for the relationship between Lucia (Paz Vega) and writer Lorenzo (Tristan Ulloa). But Julio Medem’s love-triangle dramedy gives us much more to think about, and plenty of backstories and secrets to unravel. —Audra Schroeder

The Skin of the Wolf is a gorgeously shot story of a rough-around-the-edges animal trapper (Mario Casas) existing in an abandoned northeastern Spain outpost. Seeking personal fulfillment by the purchase of a sturdy wife, as was formerly commonplace, he finds that the results of the practice can vary greatly and come with a steep price. The Spanish star Casas plays Martinon, a trapper living in the mountainous seclusion of the Spanish Pyrenees.

It makes for an honest, if rugged, existence, as he mentions to a business associate on a pelt-selling trip into the local township. Looking to combat his increasing loneliness, he acquires a wife named Pascuala (Ruth Diaz) from Ubaldo (Armando Aguirre), which is what hunters living on long-isolated outposts in the Spanish hinterlands did in the 19th century. —Kahron Spearman

After her sister goes missing, Spanish film Sara’s Notebook follows Laura Alonso (Belén Rueda), who departs on a perilous search into the Democratic Republic of Congo. Laura’s relentless mission soon becomes entangled with the country’s inner turmoil. Warring factions compete for minerals worth an estimated $24 trillion, according to the Council on Foreign Relations. Brutality, fleeting peace, village raids, and homicide become commonplace as Laura travels deeper into the most war-torn part of Congo, Goma. —Danielle Ransom

Laura and Carlos are still in the experimental and lustful stage of their relationship when we’re introduced to them at the beginning of 2017’s Amar. It explores those long silences and meaningful glances of young love, as well as what happens when reality crashes in. —Audra Schroeder

Oriol Paulo’s thriller tries to unravel a mystery: A well-to-do man named Adrian wakes up next to his dead mistress’ body with no recollection of what happened, and soon the murder is pinned on him. He’s paired with an expert witness coach to get his story in order, but flashbacks start to show the holes in that story. You’ll want to brace yourself for plot twists. —Audra Schroeder

8) Palm Trees in the Snow

Spain’s history with colonialism is explored in this adaptation of Luz Gabas’ novel. A young woman named Clarence finds evidence that her aged uncle Killian has been sending money to a family on the African island of Bioko, and goes to investigate for herself. The film’s visuals are astounding, and it sketches out a relationship that had to be kept secret, as well as the culture of the time that made that necessary. —Audra Schroeder

Gael García Bernal and Luis Tosar star as a director and producer, respectively, in this film about a film. The two men are trying to make a movie in Bolivia about Christopher Columbus. Things get complicated, however, when they discover one of their leads is a passionate activist. The meta-narrative of a film crew exploiting locals in an effort to make a movie about Columbus becomes the ironic center, but Even the Rain is equally concerned with narcissism and radicalization. —Audra Schroeder

Roger Gual’s 2016 Netflix original explores how deep the bonds of friendship really go after four business partners have to decide which of them will go to jail for—you guessed it—seven years, in an effort to save their company. With time perhaps not on their side, tensions start to build but the film does a good job making the four characters fully formed. —Audra Schroeder