The Golden Globe-winning FX series is coming to Hulu.

Atlanta is one of the most acclaimed shows of 2016. It will soon be streaming on Hulu, but there are other ways to catch up.

On May 3, Hulu picked up exclusive rights to Atlanta. According to a statement from Hulu, the “first season of the series will become available to stream exclusively on Hulu ahead of its second season premiere, slated for 2018 on FX, and subsequent seasons will become available to stream on Hulu following their run on FX.” Season 2 has been pushed back to 2018 so Glover can do his Star Wars movie, so it’s not clear how soon it will end up on Hulu, and it’s no longer available through FXNow, FX’s streaming app. If you’re looking to binge Atlanta right now, however, you still have a few option.

The first season of Atlanta is available on YouTube for $1.99 an episode or $16.99 for the full 10-episode season. If you’re already a YouTube Red subscriber, or are used to spending hours a day on the streaming platform, it’s a good option.

How to watch Atlanta on iTunes

You can watch Atlanta on iTunes, but it’s going to cost you more. Each HD episode will set you back $2.99 or $22.99 for the full season. If you’re looking to burn a gift card from a co-worker, it’s a solid investment. You can shave some off the price by getting the SD version for a dollar less an episode, or $16.99 for the full season. 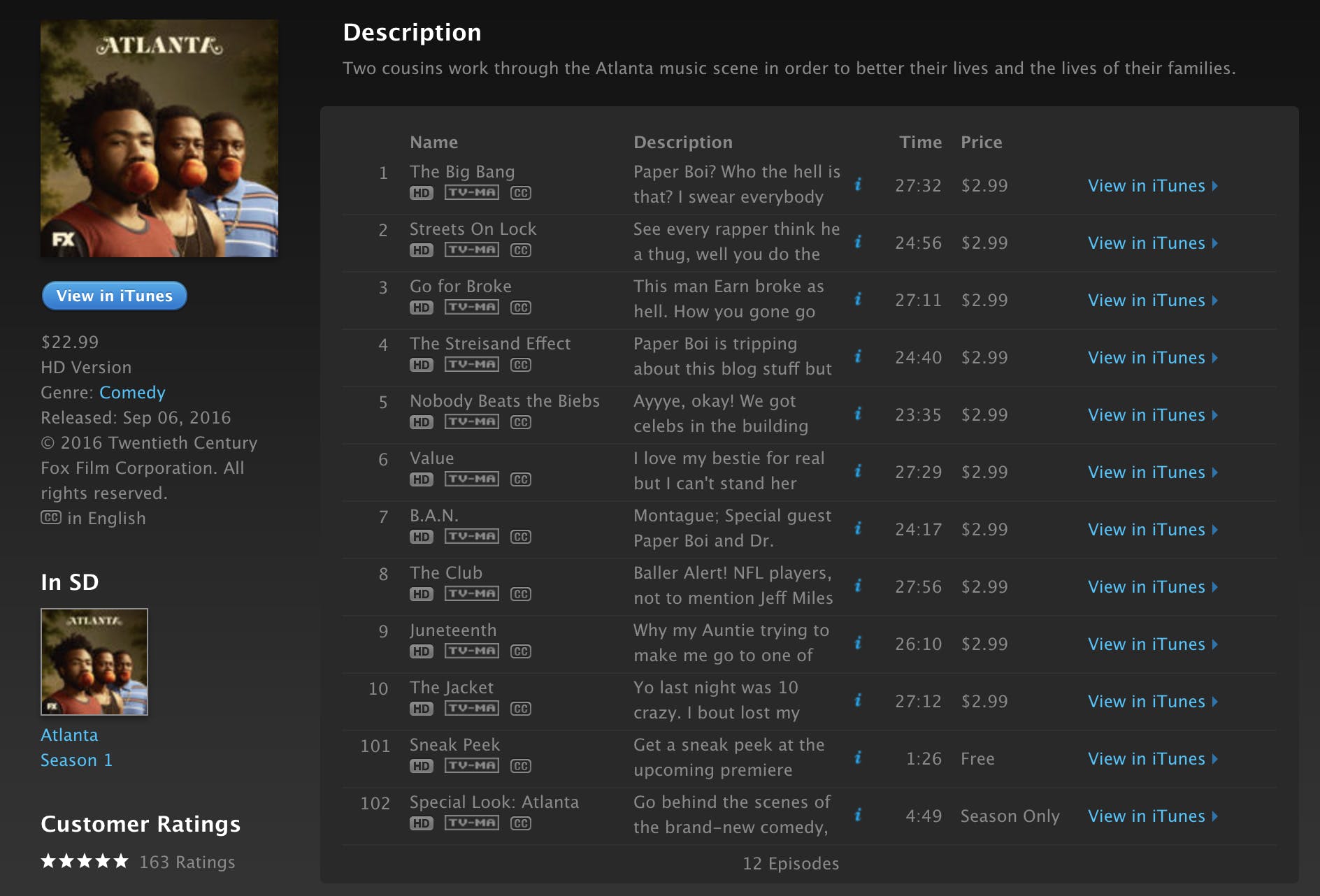 How to watch Atlanta on Amazon

There’s no real benefit to watching Atlanta on Amazon as opposed to iTunes or YouTube. The pricing is identical, so it’s a really a matter of convenience. What matters is that you catch up on Atlanta soon.