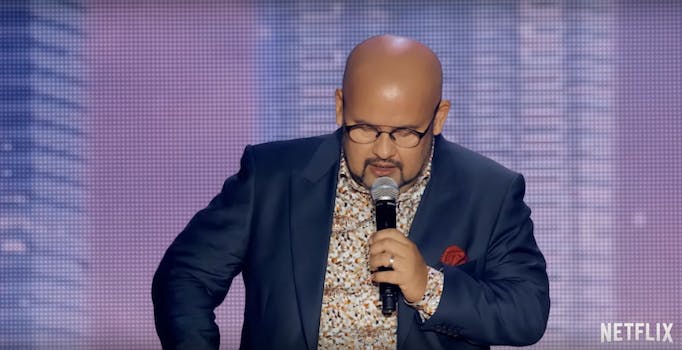 ‘I Told You So’ a crowd-pleasing introduction to global force, Harith Iskander

One of the major benefits of Netflix‘s takeover of standup specials is that its library offers a crash course on the people you need to know. Americans are woefully behind the curve on international comedians. Outside of the most prominent headliners, mostly U.K.-based performers, we have a lot of catching up to do.

One of those comedians is Malaysia’s “godfather of standup” Harith Iskander. His work, which made him the Laugh Factory’s Funniest Person in the World in 2016, is an extension of personal and cultural experiences as an outsider. He attended college in Australia, and riffs on borders.

His special I Told You So is a good introduction to Iskander and his comic sensibility—a mix of crowd work, goofy observational bits, and personal stories. In other words, it’s like most of the specials you’ve seen.

I Told You So opens with 10 minutes of Iskander talking about how he landed on the special’s name. I understand if you give up on the special before he moves on from this bit, as there are too few laughs to inspire confidence. But Iskander has a gregarious stage presence that helps take the sting off the jokes that don’t work. He has the easy confidence that comes with over 25 years of experience. There is an extended bit about “Singaporeans do it like this, and Malaysians do it like this.” The crowd guffaws at the light cultural jabs. I laughed thinking about Tracy’s “white people dial the phone like this” bit from 30 Rock.

By the finale of I Told You So audiences have a good understanding of Iskander. In that sense, Netflix accomplishes its mission. You can (of course) add his other specials to your queue and get a feel for his evolution. As a one-off experience, I Told You So is a cordial hour. Iskander is a fun performer, and even when the material doesn’t land, you’re comfortably along for the ride.