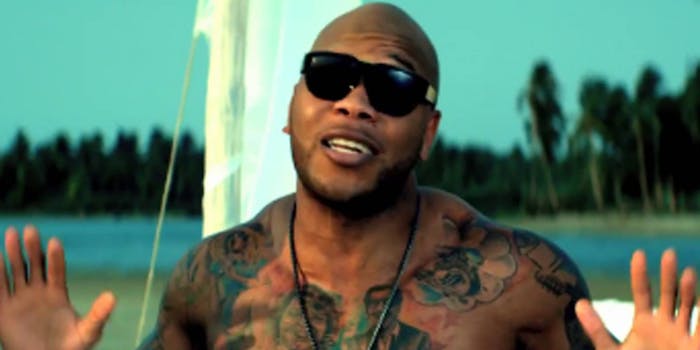 No, Flo Rida is not performing at Donald Trump’s inauguration

We get why President-elect Donald Trump would want to have Flo Rida perform at his inauguration ceremony—what’s a party without the “Club Can’t Handle Me Right Now” singer?

However, after bustling reports that Flo Rida was to hit the stage Jan. 20 for a purse of $1 million dollars, a rep has informed Gossip Cop that the claims are not true.

According to Jezebel, the rumor began with a 102.5 KSFM article that landed itself as a top story on Facebook‘s trending feed.

Trump’s campaign is grappling to secure headlining acts for the event, having reportedly been turned down by artists like Céline Dion, Elton John, Gene Simmons, and Andrea Bocelli.

As of today, both 3 Doors Down and Toby Keith have joined the inauguration weekend lineup, following the footsteps of the Rockettes, Mormon Tabernacle Choir, Jackie Evancho, and others. As of this writing. don’t count Flo Rida among them.