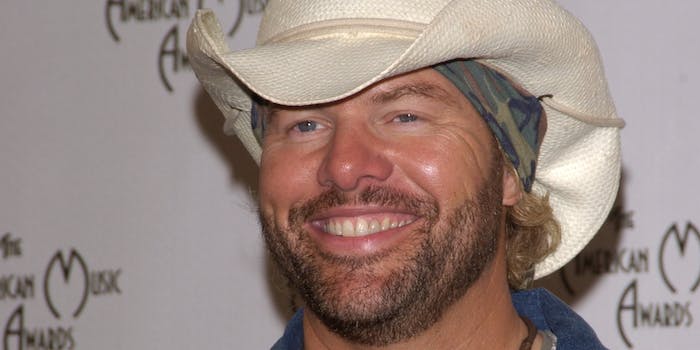 'If I go crazy, then will you still call me Superman?'

“If I go crazy, then will you still call me Superman?”

The inauguration festivities have been plagued with criticism due to a lack of star power represented in the entertainment programming. Music titans like Garth Brooks, Céline Dion, and Elton John have reportedly turned Trump down, the Rockettes were added to the bill amid controversy, and as of Friday morning the hardest-rocking act penciled in was a Bruce Springsteen cover band.

But Keith and 3 Doors Down—those freedom fighters of southern rock—add grace, class, and free-livin’ rock to the ceremony. And if you don’t like it, they’ll put a boot in your ass.

For Washington, D.C., residents looking for counter-programming, acts like Solange, the National, and even Blues Traveler have protest concerts planned inauguration weekend.