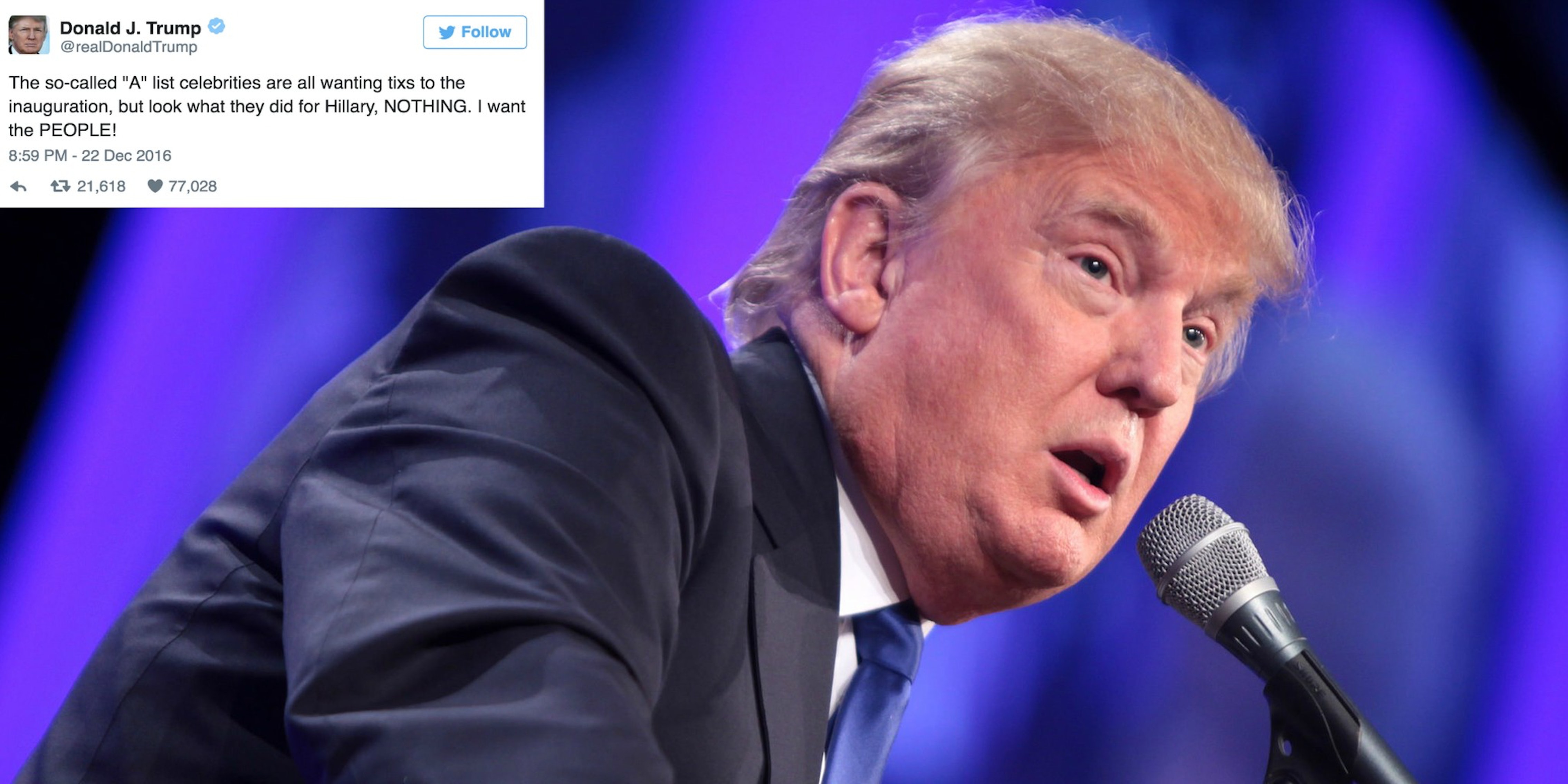 The bands and artists who turned Trump’s inauguration down

He's got the Mormon Tabernacle Choir, though!

President-elect Donald Trump‘s inauguration isn’t necessarily transpiring to be the party that Barack Obama‘s shined out to be. In the past, dynamite artists like Beyoncé, Aretha Franklin, Katy Perry, and Stevie Wonder have hit the stage—but 2017 isn’t looking like a good year for inauguration recruitment after many have turned down the offer.

To date, the three confirmed acts for the monumental event are the Radio City Rockettes, who also performed at George Bush’s 2001 inauguration; Jackie Evancho, a 16-year-old America’s Got Talent contestant; and the Mormon Tabernacle Choir.

Today, Trump threw shade via Twitter at all the A-list celebs who are opting out, apparently confirming reports that he is  “unhappy” with the entertainment results.

The president-elect’s senior adviser Kellyanne Conway invited Bruno Mars and Justin Timberlake to perform at the inauguration on TV’s Fox & Friends, but neither have seemed to bite the bullet.

Time‘s curated list serves as a good directory as to celeb responses.

At this point, we’re kind of wondering whether this historical political event will play out like past inauguration extravaganzas. And if it all goes to hell, we can suggest an alternative route for providing entertainment: Trump Olympics.