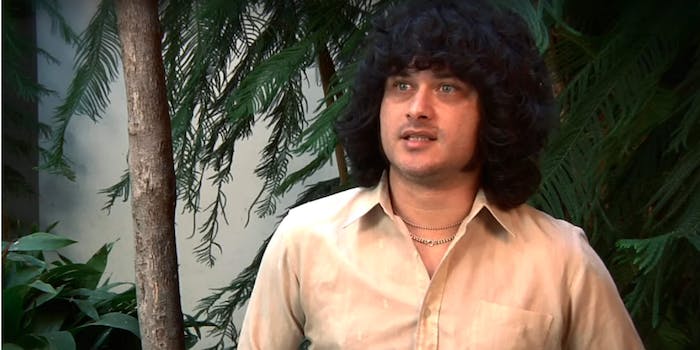 The singer and his wife claim it's retaliation for a lawsuit against Danny Masterson and the Church of Scientology.

The Mars Volta singer Cedric Bixler-Zavala and wife Chrissie Carnell Bixler have accused the Church of Scientology of poisoning their dog, months after Bixler filed a lawsuit against it and member Danny Masterson.

In an Instagram post earlier this week, Bixler said: “Scientology and Danny Masterson have now murdered two of my sweet baby dogs.” Bixler-Zavala posted a photo of rat poison that allegedly made their dog ill, and added: “This is what I’ve been finding in my front and backyard. This is what scientology does when you speak about the predators they protect.”

Scientology and Danny Masterson have now murdered two of my sweet baby dogs. Biscuit would have turned one this week…. Baby Ethel, please take care of our little Biskey til we all meet again…. How many times can a heart break?

I’m at the vet dealing with another hurt animal. This is what I’ve been finding in my front and backyard. This is what scientology does when you speak about the predators they protect.

Bixler dated Masterson in the late ’90s and has accused him of rape during their relationship. Allegations of rape and assault against Masterson have been public since at least March 2017, when journalist Tony Ortega published reports that showed the LAPD was investigating the actor. In November 2017, Bixler called out Netflix for continuing to work with Masterson on The Ranch. (Masterson was fired in December 2017.) She also spoke with Leah Remini for her series Scientology: The Aftermath.

In August 2019, Bixler, Marie Riales, and two unnamed accusers filed a lawsuit against the Church of Scientology and Masterson over harassment and stalking they endured as a result of filing reports with the LAPD. The complaint alleges that after she left the church in 2016 and filed a report, Bixler’s car was broken into and her home security system hacked. Riales and the two Jane Does reported similar accounts of surveillance and intimidation after reporting their assaults.

Bixler-Zavala, also a former Scientologist, had previously tweeted about the allegations in 2017, after the death of another dog. He posted a more pointed message on Thursday, stating: “Never trust a scientologist who tries to co-op the me too movement. Never trust an artist who is still friendly w their scientologist celebrity pals.”

DANNY MASTERSON IS A VIOLENT SERIAL RAPIST. He and his church will do anything to cover up his crimes. @chrissiebixler they have not won. They will never win.

According to Bixler, the ASPCA has opened a file. In 2012, journalist Joel Sappell wrote about how, while in the midst of an investigative series about the church in the ’80s, his dog mysteriously fell ill and later died.