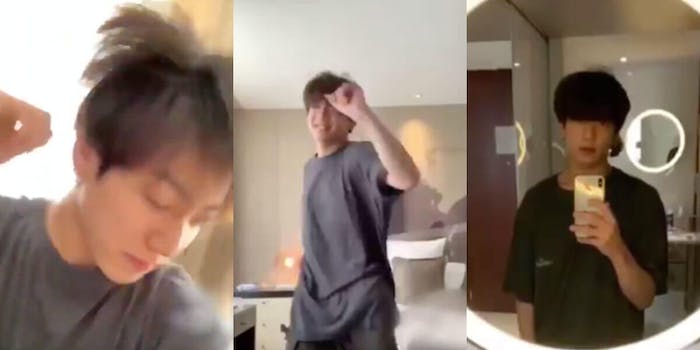 BTS stans made it happen.

Hours after Twitter announced the most retweeted tweet of the year, BTS fans rallied to change the results. Now, a video of BTS member Jeon Jungkook dancing to Billie Eilish‘s “bad guy” takes the title with more than 1 million retweets. Never underestimate the power of the BTS ARMY.

Remember when Twitter came together to set the world record of retweets by retweeting a photo of an egg? Well, that was the original tweet that won 2019’s most retweeted tweet. Just an hour after Twitter announced this result, BTS Twitter catapulted the video of Jungkook–which was originally in the second spot–into the first place spot.

“Remember way back when we announced this was the 2nd most Retweeted Tweet of the year? Well, @BTS_twt ARMY, come get your:🏆within an hour you got it to the top spot,” the official account for Twitter Data wrote.

Remember way back when we announced this was the 2nd most Retweeted Tweet of the year? Well, @BTS_twt ARMY, come get your 🏆: within an hour you got it to the top spot. #ThisHappenedhttps://t.co/JIFasyXabW

In January of 2019, the account dedicated to the egg, @egg_rt_record, set out to beat the record of retweets.

“Let’s set a world record together and get the most retweeted tweet on Twitter. Beating the current world record held by Yusaku Maezawa @yousuck2020 (5.3 million!) We got this,” egg_rt_record wrote at the time.

This was not the first time the BTS ARMY nearly broke the internet for the K-pop boy band. When BTS joined TikTok in September, the band was followed by 1 million fans almost instantly.

Proven countless times, 2019 was clearly the year of the BTS ARMY.