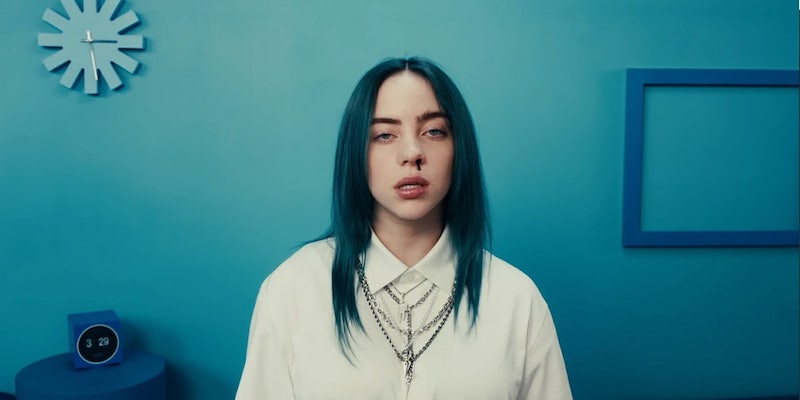 Since it released at the end of March, more than 200 million people have watched the music video for electropop singer Billie Eilish’s “bad guy“, easily the most viral bop from her debut album. So the fact that it’s since spawned equally viral memes shouldn’t surprise anybody. What is stunning, though, is how elaborately fans have iterated on it, recreating the entire song using everything from Nintendo 64 cartridges to Eilish’s own flatulence.

A few parodies began springing up throughout the beginning of April, but one of the earliest recreations by YouTube user SethEverman really helped the trend explode, according to KnowYourMeme. In a video that’s since racked up more than 24 million views, he records himself banging on the couch, tapping on a Nintendo 64, and singing into a fan to replicate the song all the while adopting more and more of Eilish’s signature look in the music video.

From there, Instagram users began having a field creating their own remixes, mostly through layering other songs over “bad guy’s” earworm of a baseline. In one by Instagram user raeraerandy, the soundtrack from the mobile game Plants vs. Zombies fits entirely too well.

The chorus proved a similarly popular target when the meme eventually spread to Twitter in May. Though instead of syncing up other songs, users on both social media platforms began splicing in videos. With this new iteration, instead of singing “bad guy’s” signature line, “I’m the bad guy,” Eilish is Darth Vader, or Homer Simpson, or the oddly popular side character Korg from Thor: Ragnarok.

I'm just gonna spam ya'll with Billie Eilish memes I made, hope you like #StarWars pic.twitter.com/GZFbRHD704

here's my take on the Billie Eilish/bad guy meme pic.twitter.com/bFP0yg7IOO

Things began taking a turn for the bizarre last week, though. Starting with a remix by YouTube user KNOH that recreates the hit through soundbites of Eilish burping, grunting, and all sorts of other bodily sounds during interviews.

Then, earlier this week, Twitter user @JohnnyFass crafted several unholy combinations. A compilation video he posted on Twitter has already been viewed nearly 3 million times. Not sure if the world needed to know what “bad guy” would sound like as a classical tune or as part of the equally viral country bop Old Town Road by Lil Nas X. But if you ever wondered what Eilish’s music would sound like if it was entirely composed with the “and I oop” meme, he’s got you covered.