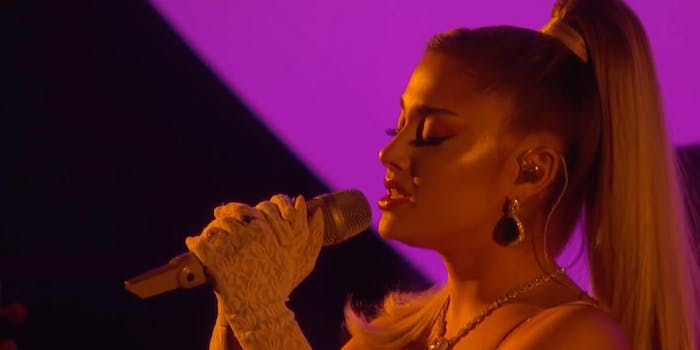 Ariana Grande targeted by hoax caller who got her swatted

It's the second time she's been a victim of this type of online harassment.

The Los Angeles Police Department (LAPD) responded to reports of a shooting at the home of Ariana Grande Wednesday evening to find that there was no shooting at all.

According to TMZ, LAPD got a call around 5pm CT reporting gunshots at Grande’s home. Grande’s previous history with swatting gave LAPD pause, according to TMZ, which is why it did not speak with her directly. After officers spoke with the property manger, they determined that this was a swatting—the second involving Grande—and decided to file a 911 abuse report.

The Daily Mail notes that “swatting” as a term refers to the deception of emergency services such as police, fire, and EMS as a harassment tactic. According to BET, LAPD is going to investigate recent swatting attempts to prevent further wasting police resources.

Grande has not yet spoken out about the incident herself.