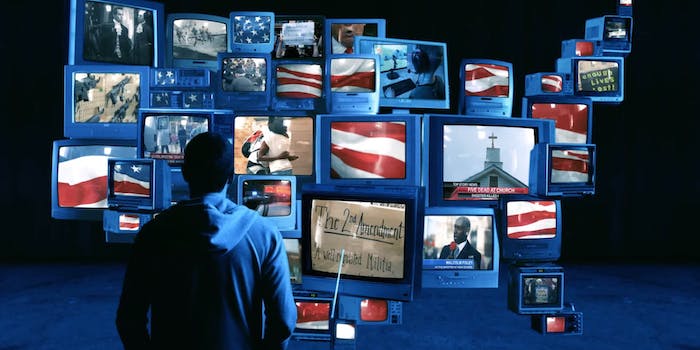 Did this line go too far?

No wonder Eminem hasn’t found the time to respond to Nick Cannon’s slew of diss tracks.

The 47-year-old rapper was too busy preparing for the surprise drop of his new album, Music To Be Murdered By. Eminem’s 11th album was released, unannounced, early Friday morning. Unashamedly taking aim at gun violence in America, the album is quintessential Eminem, meaning it wasted little time in sparking controversy. While Eminem fans are already praising the album for its bold stance and unwavering message, some people blasted the rapper for an insensitive line in one of the album’s tracks. Lyrics about the bombing of an Ariana Grande concert in 2017 immediately garnered criticism from furious Grande fans.

The line in question comes midway through “Unaccommodating,” which immediately follows the album’s intro track. After boasting about his influence on the genre, Eminem raps: “I’m contemplating yelling ‘bombs away’ on the game / like I’m outside of an Ariana Grande concert waiting.”

The lyrics, which reference the 2017 bombing at Manchester Arena during an Ariana Grande concert, are getting criticized for being insensitive. Twenty-two people were killed in the bombing, and 59 others were wounded. Many of the other attendees—including Grande herself—have suffered from continued trauma following the devastating attack. Family members of those that lost their lives, along with irate Grande fans, are blasting Eminem for the line.

“That was a traumatizing event for people who attended in 2017,” one Twitter user wrote. “Some people perished. Ariana was traumatized from the event. I know he says crazy things but, this outta line!”

Tf wrong with #Eminem?
I’ma have to disagree with him on this line because that was a traumatizing event for people who attended in 2017. Some people perished. Ariana was traumatized from the event. I know he says crazy things but, this outta line!#MusicToBeMurderedBy: pic.twitter.com/8bfOqvwxyq

People quickly pounced on the line, and criticism overtook social media. In no time, #EminemIsOverParty was trending on Twitter. “I have no words for Eminem right now,” one person wrote. “How dare people stan or listen to his music after that? sick. it’s fuckin disrespectful to not just ariana but ofc to the victims who died and their family’s. i cant right now.”

i have no words for eminem right now. how dare people stan or listen to his music after that? sick. it’s fuckin disrespectful to not just ariana but ofc to the victims who died and their family’s. i cant right now. pic.twitter.com/7LSravpbYw

eminem really made a joke about manchester attack in his song and that’s just disrespectful bc he used ariana’s full name. no, he can’t get out of this. this is just way too fucking much.

eminem literally just made a joke about the manchester bombing at ariana grande’s concert… that is just so fucking sick, y’all better not give this man any attention. people literally lost their lives, and you’re going to release music and try to make a profit off of them? pic.twitter.com/mKJo06RL9p

Meanwhile, Eminem fans flocked to his defense, pointing out to critics that the rapper has long thrived on controversy. “He has always said controversial things & that’s part of the reason why he’s so successful,” one fan wrote. “I still remember when he called Kim Kardashian a man & made fun of Ellen being lesbian.”

These over sensitive 2000s generation must learn. Eminem did not come to play! He collects bodies for real. This is what rap is SUPPOSED to look like. Don’t like it? Listen to Ariana Grande. Goodbye. #MusicToBeMurderedBy https://t.co/UOzoI51v2e

All of you pissed about @Eminem saying something about the ariana grande concert but that's shock rap for you.He literally said "I take seven kids from Columbine, stand ‘em all in line.Add an AK-47, a revolver, a nine.A MAC-11 and it oughta solve the problem of mine"buncha pussys

Others pointed out that after the Manchester attack, Eminem was quick to aid the victims and their families. Just a few days after the bombing, Eminem took to social media to urge his followers to donate to the cause.

To all the Ariana Grande fans who are mad about Eminem mentioning Ariana and the bombing pic.twitter.com/vAJPl9BjPA

In sharp contrast to the Manchester line, the lead track on Music To Be Murdered By, “Darkness,” highlights gun violence in America. The emotional track uses the harrowing Las Vegas shooting as a lens through which to view the devastation gun violence has wrought in the U.S.