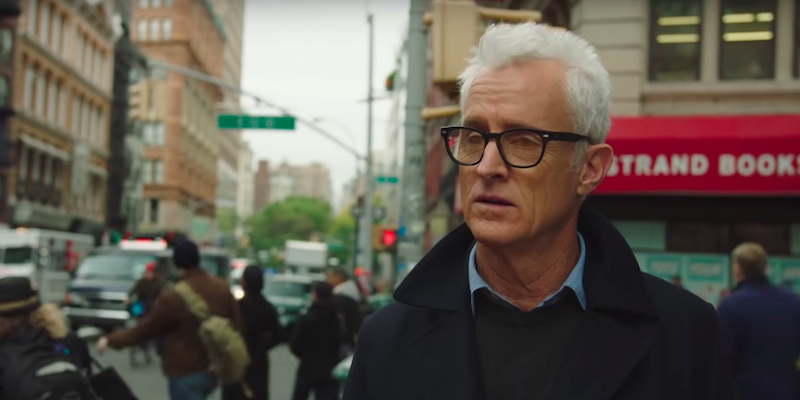 In Matthew Weiner’s new miniseries, ‘The Romanoffs,’ privilege is inescapable

You can draw a lot of comparisons between Matthew Weiner’s new Amazon Prime miniseries The Romanoffs and his beloved Mad Men. Both shows are driven far more by character and dialogue than by plot. Both shows tackle the theme of identity at length. Weiner even brings back several Mad Men cast members to help fill out The Romanoffs‘ sprawling ensemble.

But make no mistake, this ain’t Mad Men.

A premise that could only be executed in the era of prestige television, The Romanoffs follows different characters who believe they descend from the Russian royal family of the same name. The first few episodes given to critics (which Weiner directed) unfold like movie-length adaptations of short stories, running over an hour and 20 minutes apiece. The show jumps from continent to continent as it adds to its massive cast, including Aaron Eckhart, Kathryn Hahn, John Slattery, Diane Lane, and many more.

Each episode of The Romanoffs centers around characters trying to reconcile what they thought their lives would be with the lives they are now living. The narratives they have concocted in their heads—that they descend from kings and queens, that their family was put on a pedestal then persecuted, or that they’ll never be able to connect to the supposed lineage associated with their name—all become inescapable fixations. They grapple with power, privilege, and pride, and the show asks how celebrity and notoriety influence the way people think about themselves and others.

It’s a lot to unpack, and the packaging is undoubtedly pretty. It’s too bad what’s inside is often hollow. Consider the first episode, “The Violet Hour.” Greg (Eckhart), an American living in Paris, spends his days working at a hotel with his girlfriend, Sophie (Louise Bourgoin), and waiting for his aunt, Anushka (Marthe Keller), to die so they can inherit her apartment. Everything changes when Greg hires a Muslim caregiver named Hajar (Inès Melab) for Anushka, a decision that initially disgusts her. Melab delivers a complex performance, and the episode ends on a satisfying (albeit predictable) romantic note. Still, Weiner’s tired “prejudiced person has their mind changed when a person of color comes to take care of them” routine feels wildly out of touch with today’s cultural climate.

The same could also be said of the next few episodes. In “The Royal We,” a disaffected man named Michael (Corey Stoll) pursues an affair after being summoned for jury duty, while his wife, Shelly (Kerry Bishé) contemplates the same aboard a cruise. Stoll and Bishé are both terrific, but it’s clear that Weiner is more interested in Michael, whose existential, midlife crisis is familiar to a fault. The more masculine story receives a serious treatment, while Shelly’s bafflement at her husband’s behavior reads one-dimensional. Only in the end do the tables turn, casting Michael as ridiculous and Shelly as triumphant.

The third episode and my favorite so far, “House of Special Purpose,” goes full meta, casting Christina Hendricks as Olivia Rogers, a famous actress who travels to Vienna to shoot a miniseries called (what else) The Romanovs. Olivia begins to lose her grip as the production of the show becomes increasingly weird, blurring the lines between fiction, history, and reality. In its best moments, the episode plays like a cross between Euro-showbiz drama and psychological thriller. But several moments feel uncomfortable, as Olivia’s director (Isabelle Huppert) and her co-star (Jack Huston) engage in onset misconduct. Weiner handles this pointed issue haphazardly; he appears to endorse the “blurred lines” theory, that in making art things sometimes get muddled. Weiner’s own recent accusation of sexual harassment makes this storyline even more troubling, as does the fact that the studio originally slated to produce The Romanoffs was none other than the Weinstein Company.

The series’ fourth episode, “Expectation,” stars Amanda Peet as a mother who visits an old friend and Romanov expert (Slattery) as she walks around New York, waiting for her daughter to go into labor. It has another predictable ending, and despite its many moving scenes, it was hard to shake the feeling that I was watching a soap opera. In fact, every episode of The Romanoffs plays a bit like a soap opera. This has long been a dig people use to critique serialized television, though it needn’t always be. In Mad Men, Weiner used melodramatic cliches to expose truths about real life. In The Romanoffs, however, these tropes don’t come off as subversive or experimental. Instead, they often seem downright trite.

The comparisons between The Romanoffs and Mad Men are inescapable because Weiner’s new show fails in almost every area in which his old show succeeded. Whereas Mad Men was weighty and philosophical to the point of occasionally being ponderous, The Romanoffs is a pretentious work of navel-gazing that dials Weiner’s fascination with the unhappiness of the first world up to 11. The whiteness of Mad Men always felt excusable because it was part of a deconstruction of long-held ideas about America; in The Romanoffs, the focus on privilege is almost unbearable. Privilege should and must be dealt with in art, but when your whole show comes off as a winking apology for the very idea of it, you’re doing something wrong.

The Romanoffs boasts beautiful locations, an endless parade of talented actors, witty dialogue, and lofty ideas. But no matter how much money Amazon throws at it—and no matter how hard Wiener tries to convince viewers he’s a genius—the show’s complete lack of subtlety and nuance makes it a punishing experience. Its credit sequence alone, which depicts the Romanovs’ execution to the tune of Tom Petty’s “Refugee,” is ostentatious enough to be a music video. Even Amazon’s decision to drop new episodes every week rather than release the whole season at once screams, “This is important.” But despite all its flash, The Romanoffs ultimately feels as wooden and hollow as a Russian nesting doll.