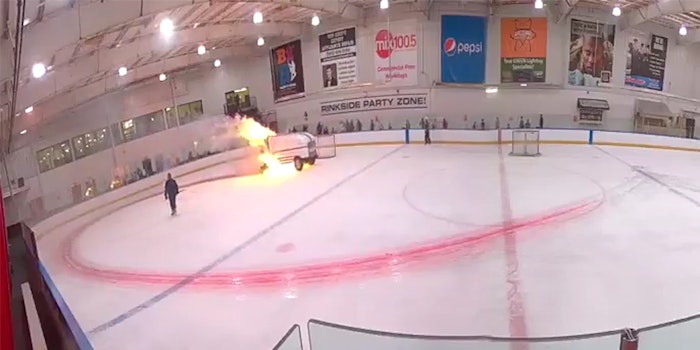 The operator ultimately put the fire out himself.

A viral video circulating on Twitter and Reddit shows a Zamboni on fire on at a New York ice rink—with the driver still on it.