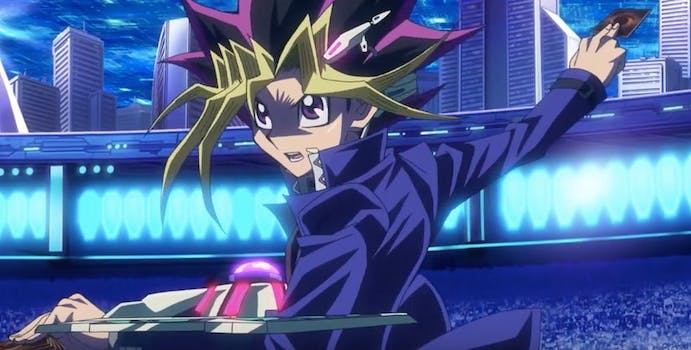 There’s never been a better time to post Yu-Gi-Oh! memes

Everything old is new again. Yu-Gi-Oh!, the anime series about a monster-dueling card game, arrived in America in 2001, ready to capture kids who were outgrowing Pokémon but were still too young for Magic: The Gathering. Fifteen years later, Yu-Gi-Oh is suddenly huge again, and it’s producing some of the fastest-rising memes of the new year.

Take a look at this Google Trends graph of searches for “yugioh.” The franchise is as big as it’s ever been, thanks to the release of a new mobile game called Yu-Gi-Oh Duel Links and the first English Yu-Gi-Oh movie in a decade:

The game seems to have stirred the childhood nostalgia of the early-’00s kids who loved Yu-Gi-Oh!, and some of them are now shitposting 20-somethings who drive the meme economy. Hence, Yu-Gi-Oh! memes are currently big business on Reddit and elsewhere.

This one, a classic dick joke executed with cards from the Yu-Gi-Oh! collectible card game, was near the top of Reddit’s r/me_irl Thursday. You don’t have to know a damn thing about the game or the characters to laugh at “Little D.” 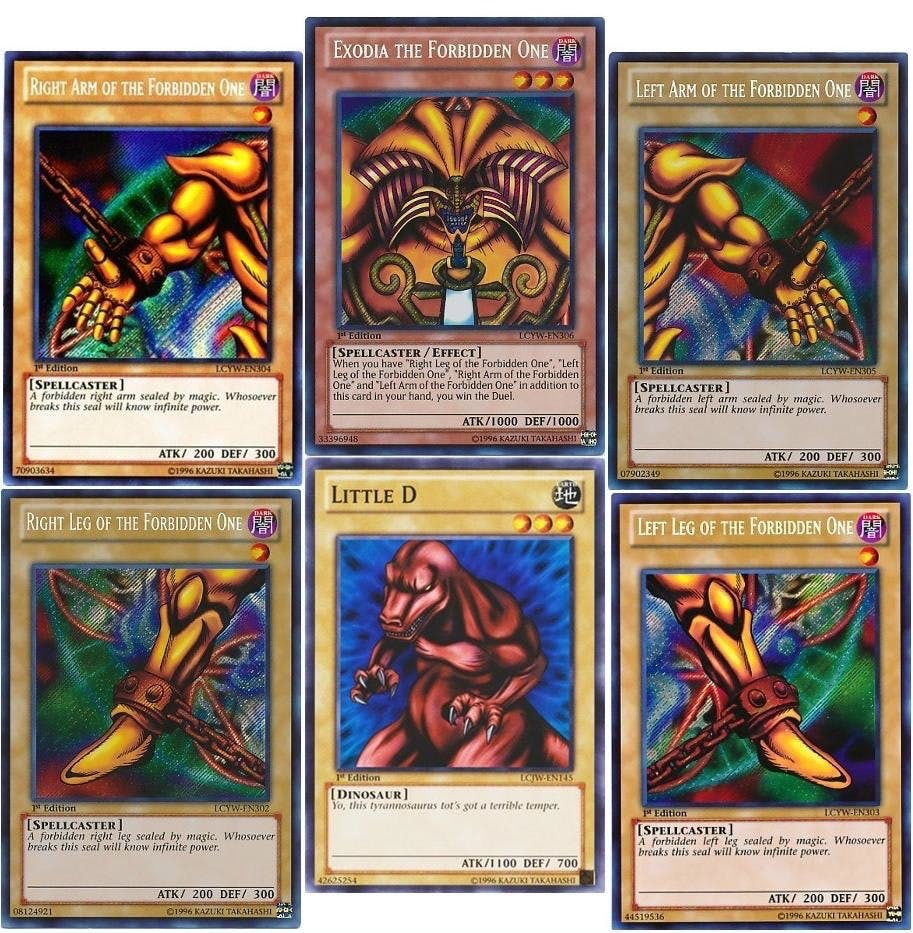 Exodia, the Forbidden One is feeling pretty inadequate next to the Lord of D: 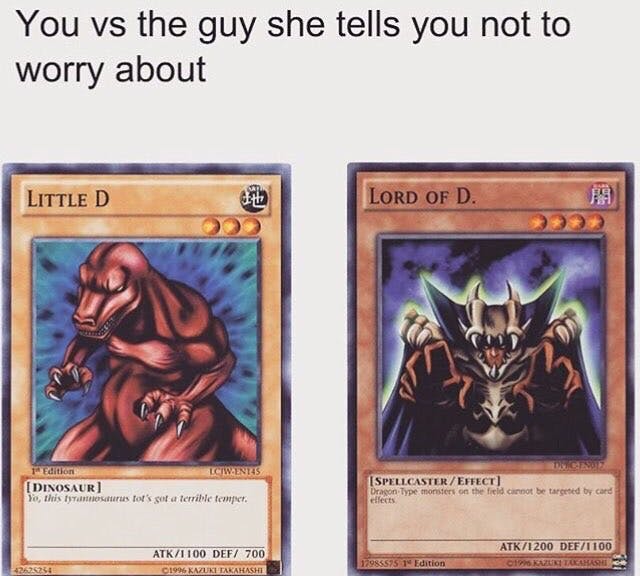 Here’s another Exodia meme. You can’t see his little D this time, but he does appear to be chained up spread-eagle. Who doesn’t love sexual bondage jokes about children’s entertainment franchises? 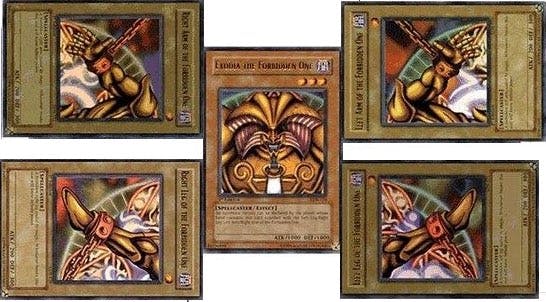 And here’s one with Caveman Spongebob, combining two kids’ shows of the ’00s into one meme: 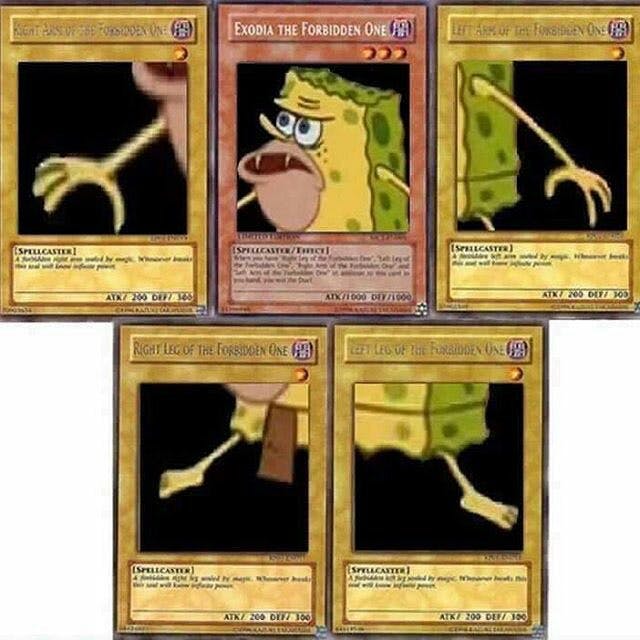 Yu-Gi-Oh! also goes well with other memes. It helps that the main character, Yugi, has great hair: 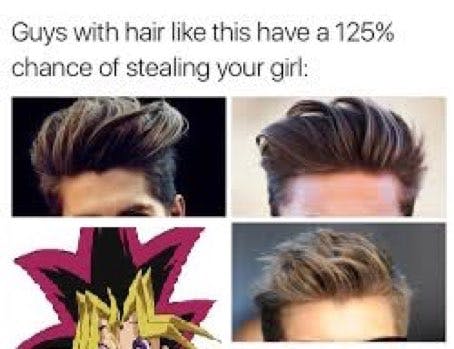 There are even pro-Trump Yu-gi-oh! memes, for some reason. 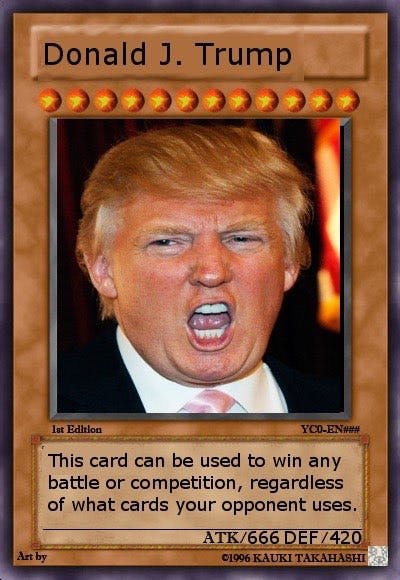 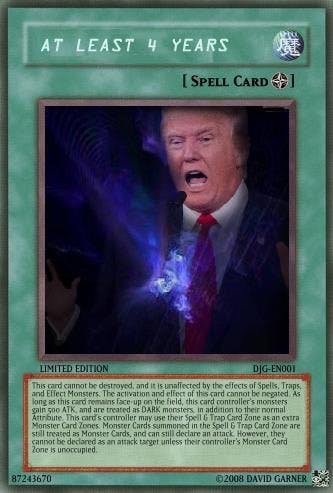 The once-popular “You just activated my trap card!” meme, which peaked in the late ’00s, is also making a comeback. That’s a catchphrase from the show, used when one player springs a surprise on another. It translates very poorly to real life. 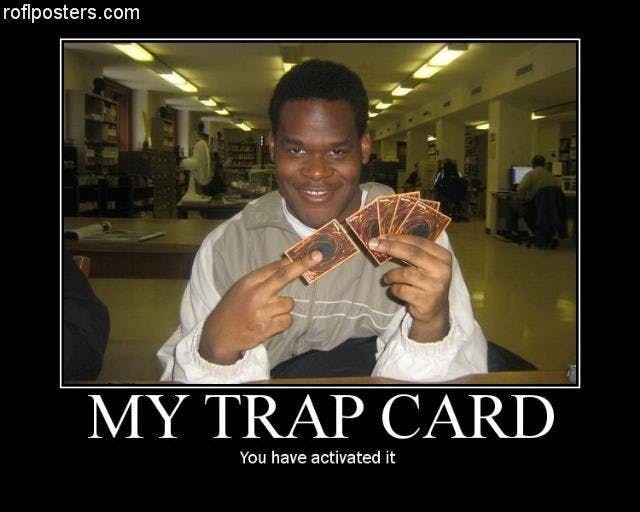 And here’s a more modern incarnation. The kids are all grown up, and they’re using Yu-Gi-Oh! to ask girls to “send nudes”: 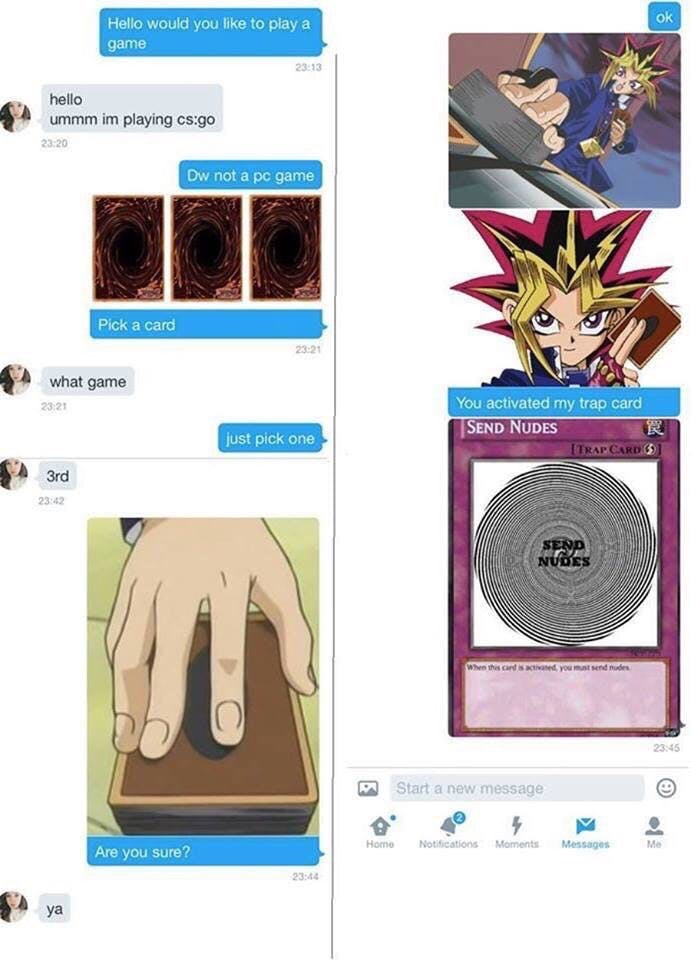 The meme prognosticators at r/MemeEconomy are torn on the future of Yu-Gi-Oh! content. Some claim it’s a fluke based on one good image—the Exodia with the “Little D.” Others see it as a good long-term investment in a franchise that has remained popular, if unexciting, and will probably see small spikes in the future.

Either way, the Yu-Gi-Oh! movie—The Dark Side of Dimensions—comes out today, so there’s literally never been a better week to have Yu-Gi-Oh! memes in your portfolio.

It goes without saying for fans of the franchise, but … it’s time to d-d-d-duel!