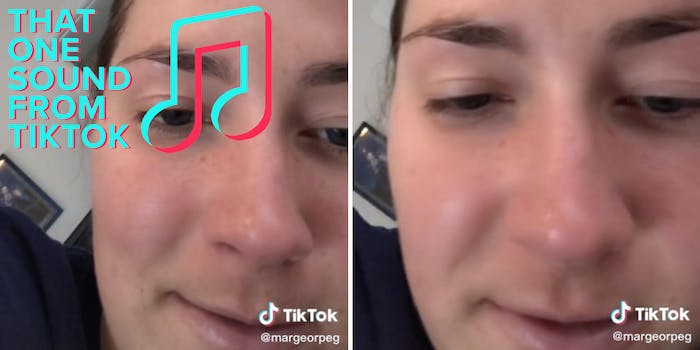 The cheesy origins of the ‘Wow. Crazy. You crazy girl’ TikTok sound

A woman dipped a burrito in cheese, and a sound was born.

This week’s sound is less than a month old but the original TikTok has clocked more than 35 million views. And it all started because a woman was brave enough to dip her chicken burrito in nacho cheese.

The sound is of a woman saying “Wow. Crazy. You crazy girl.” There are a couple versions of the audio circulating, and its simplicity means it can be applied to a variety of sincere or sarcastic TikToks. Most people chose sarcastic.

The sound originally came from Maggie Stetson on March 31, as a stitch with a woman, Nicole Elizabeth, who filmed herself eating a Taco Bell chicken burrito in her car. She starts off by saying, “I might regret doing this but I’m going to try dipping my chicken burrito in the nacho cheese for my nacho fries.” That prompted Stetson to reply, “Wow. Crazy. You crazy girl.”

Of course, brands jumped on the trend. Even though the TikTok Stetson was stitching referenced Taco Bell, Jack in the Box got involved.

While this trend has become a way to joke about behavior people think is edgy or weird, but isn’t, the sound was also applied to the miracle of life.