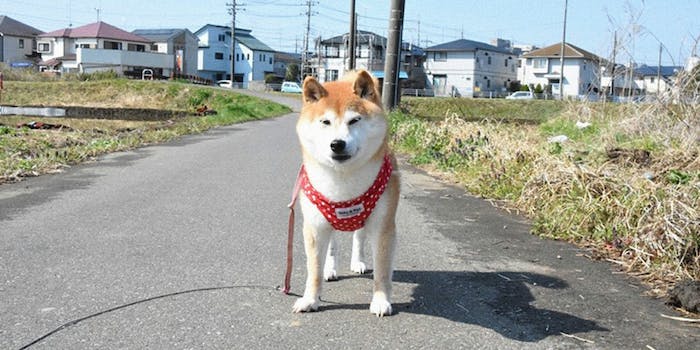 Don’t worry: Despite reports, Doge is not dead

Over the weekend, one of the most famous animal celebrities of the internet reportedly passed away.

Kabosu, the legendary pup behind one of the internet’s greatest memes, dead?

But thankfully, for everyone, this appears to be a poorly executed hoax or an April Fools’ joke.

Here’s doge, alive and well and doge as ever.

Kabosu is OK, she is alive! I don care that somebody told the lie that Kabosu is dead for April Fools day, but one important thing for me is " Kabosu is a girl", she is a female dog. エイプリルフールで、海外でかぼちゃんが死んだなんて嘘が拡散されたらしいよ。そんなことは笑い飛ばせるけど、かぼちゃんをオスだと思われているのが許せないのだ！ #かぼすちゃんとおさんぽ #shibainu #柴犬 #cat #ねこ

Naturally, people were not happy about this effort.

That said, doge the meme did die three-and-a-half years ago, when a congressman used it to make a funny.