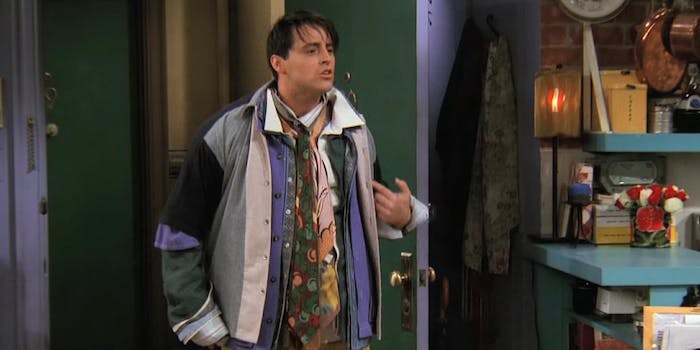 The good people of Twitter seem to be hyped on the anticipation of cooler weather and especially the oversized, layered clothing that it requires. So they’re making memes.

The meme, which started circulating around Twitter a few days ago, appeared to begin with photos of men in winter clothing. The catch is that their jackets are Photoshopped to appear oversized, or their heads are edited to appear tiny, which has a hilarious effect.

The caption typically goes something like: “Can’t wait until it’s colder so I can really start dressin'” followed with a devil emoji.

Reminiscent of the meme Bella Hadid inspired when she said “homeboy’s gonna, like … get it” if he wears certain sneakers, the “start dressin'” meme appears to poke fun at men who in cold weather throw on oversized coats and call it a day.

As it turns out, the “start dressin'” meme may have a more wayward origin story. The trend of enlarging coats started with @itsmaymemes, an Instagram account by a teen in Hawaii who deals almost exclusively in “XXL fashion” memes, according to Dazed. The magazine reports the 16-year-old, May, was inspired by Balenciaga and other designers’ runways that featured oversized clothing. Her memes blow up outerwear to even bigger proportions.

Nevertheless, the fashion meme is getting new life with a wintery theme.

And like anything on the internet, the “start dressin'” meme has already looped in references to other memes and evolved into progressively more weird or ambiguous iterations.

At it’s core, the “start dressin'” meme finds a bizarre cross section between the evolution of fashion and the collective longing for chilly weather. But don’t worry. Starbucks’ pumpkin spice lattes are just around the corner, and people will be complaining about winter before you know it.