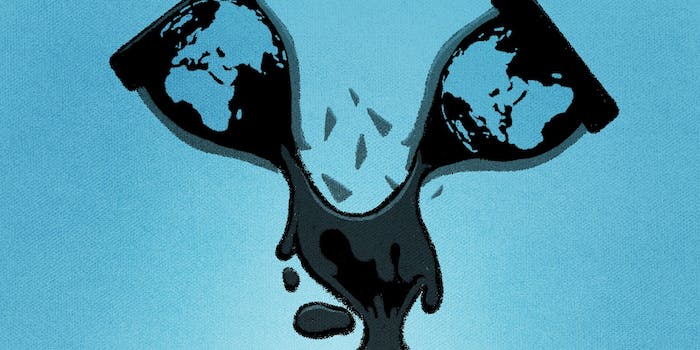 Please enjoy this passive-aggressive exchange from the WikiLeaks DNC dump

'I feel your last email is inappropriate and in poor taste and I'm ending the online conversation here.'

The Wikileaks DNC email dump has been a treasure trove of revelations. The nearly 20,000 correspondences included in the leak reveal everything from a faux Craigslist ad meant to smear Republican candidate Donald Trump to plans within the party to discredit Vermont Sen. Bernie Sanders.

One of the most precious hidden gems of the leak is an exchange between DNC spokesperson Deshundra Jefferson and African American Engagement Director Dejuana Thompson. The emails date back to May 19 and 20 and concern a potential Sirius XM radio show appearance for DNC Black Caucus Chairwoman Virgie Rollins.

Radio personality and activist Joe Madison had reached out seeking Rollins as a guest, which was initially handled by Jefferson. The only problem is, Thompson tended to be the go-between and wanted Jefferson to speak with her before even thinking of approaching the chairwoman.

“I do believe it would be in good taste to inform me if a request or outreach is made to the Chair of the caucus for which I or any other CE member liaisons with. If for nothing else but professional continuity,” Thompson writes, citing comments she made to Factivist concerning a press release on the site for an op-ed Rollins had penned for the Root.

“The Communications Department often works under tight deadline constraints so some decisions must be made quickly. My decision to call Virgie directly should not be perceived as a slight or something done in poor taste. It was done out of the urgency of the request,” Jefferson replies as things continue to devolve.

It’s worth noting that this exchange also highlights the precarious nature of such a hack. As Jefferson and Thompson discuss the best way to reach each other on deadline, an unredacted personal cell number for Jefferson also makes an appearance. That’s not the only bit of sensitive information hidden in the mounds of correspondences Wikileaks released Friday night. Hundreds of credit card and Social Security numbers from donors are now readily available on the site via search.

The correspondences ultimately end with Jefferson scolding Thompson for being long-winded. Thompson cuts it off with this request to take things IRL:

“I feel your last email is inappropriate and in poor taste and I’m ending the online conversation here. As you stated, you now have the point. If you would like to further discuss in person on Monday we can do so.”

Editor’s note: We’ve removed the link to the actual exchange because it lists Thompson’s personal phone number. In an email to the Daily Dot, Thompson said she received “a few harassing phone calls.” “My privacy was violated during the hack,” she wrote, “and while it may make for entertainment for the Daily Dot, it has had a profound impact on a number of people who work at the DNC.”