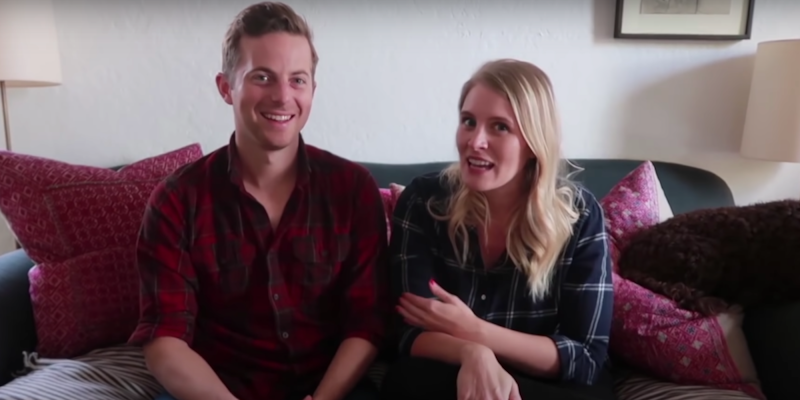 The internet is growing tired with Wife Guys.

Men who love their wives—and talk about them incessantly—have always existed. But the term Wife Guy didn’t become a cultural buzzword until 2017, when Robbie Tripp went viral for an Instagram post in which he declared his love for his “curvy” wife, Sarah Tripp.

The couple are now making content on TikTok. Although Tripp’s initial Instagram post was mocked across the internet, the term Wife Guy stuck, and it became a way to identify famous guys who made loving their wives part of their brand.

The problem with making loving your wife part of your brand? The fallout if you break up or get caught cheating. We saw this happen in 2021 when John Mulaney announced his divorce from Anna Marie Tendler, an artist whom he mentioned a lot in his comedy specials. And we saw it happen this week after Try Guy ​​Ned Fulmer admitted to a “consensual workplace relationship” after rumors of him cheating on his wife, Ariel Fulmer, hit the internet.

Ned Fulmer, who was let go from the Try Guys after the story broke, made loving his wife part of his personality for the YouTube channel in which the group of men try everything from mystery foods to hypnosis to prom dresses.

“Who can you trust if not the men who are effusively, publicly, and industrially talking about how much they love their wives?” Koul continued.

That’s a good question. No one seems to trust men who don’t ever post about their girlfriend or wife on social media; it looks like they’re hiding her. But now people are going to start to become suspicious of men who post about their partner too frequently.

One answer is to not become invested in parasocial relationships with famous people. But that’s easier said than done. Every famous person has an audience who is emotionally invested in their work and personal life. Without that investment, fandoms wouldn’t exist.