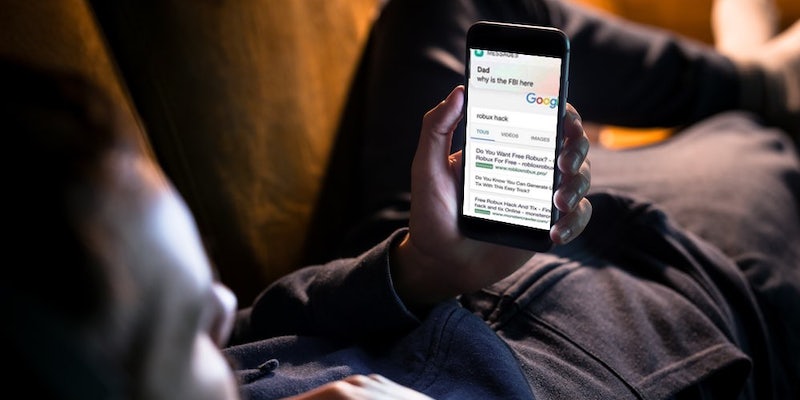 ‘Why is the FBI here?’ is the good new phone notification meme you don’t want to miss

It’s a common teen problem. You’re doing some sketchy, illicit stuff in your phone’s web browser—Googling how to hack the online game Roblox to get free, unlimited “Robux,” for example—when it happens. A message notification from your dad appears at the top of your screen: “Why is the FBI here?” 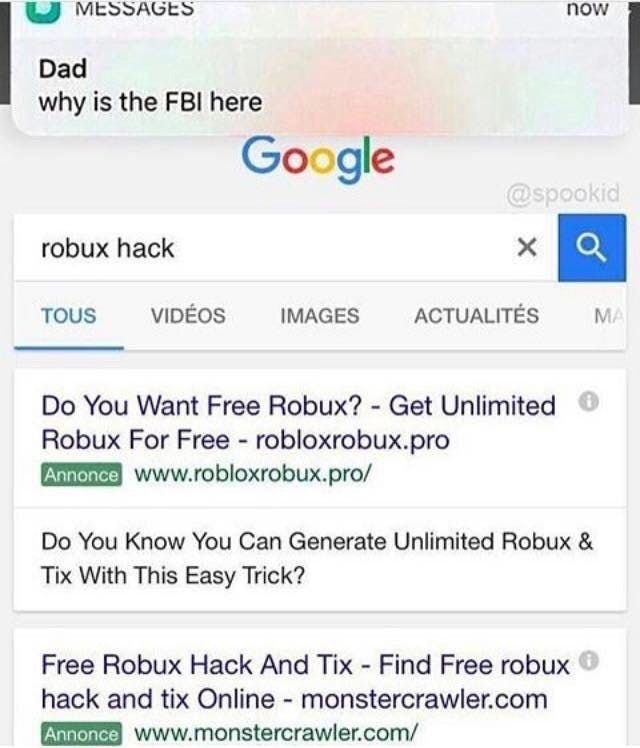 “Why is the FBI here” is the latest teen meme, straight from Reddit’s surprisingly earnest and friendly r/teenagers forum. It’s part self-deprecating mockery of the kinds of games teens loved when they were “just kids” and part joke about the way Googling passes for hacking in the kid mind. Like most memes in our current period, it’s sarcastic and tinged with irony. 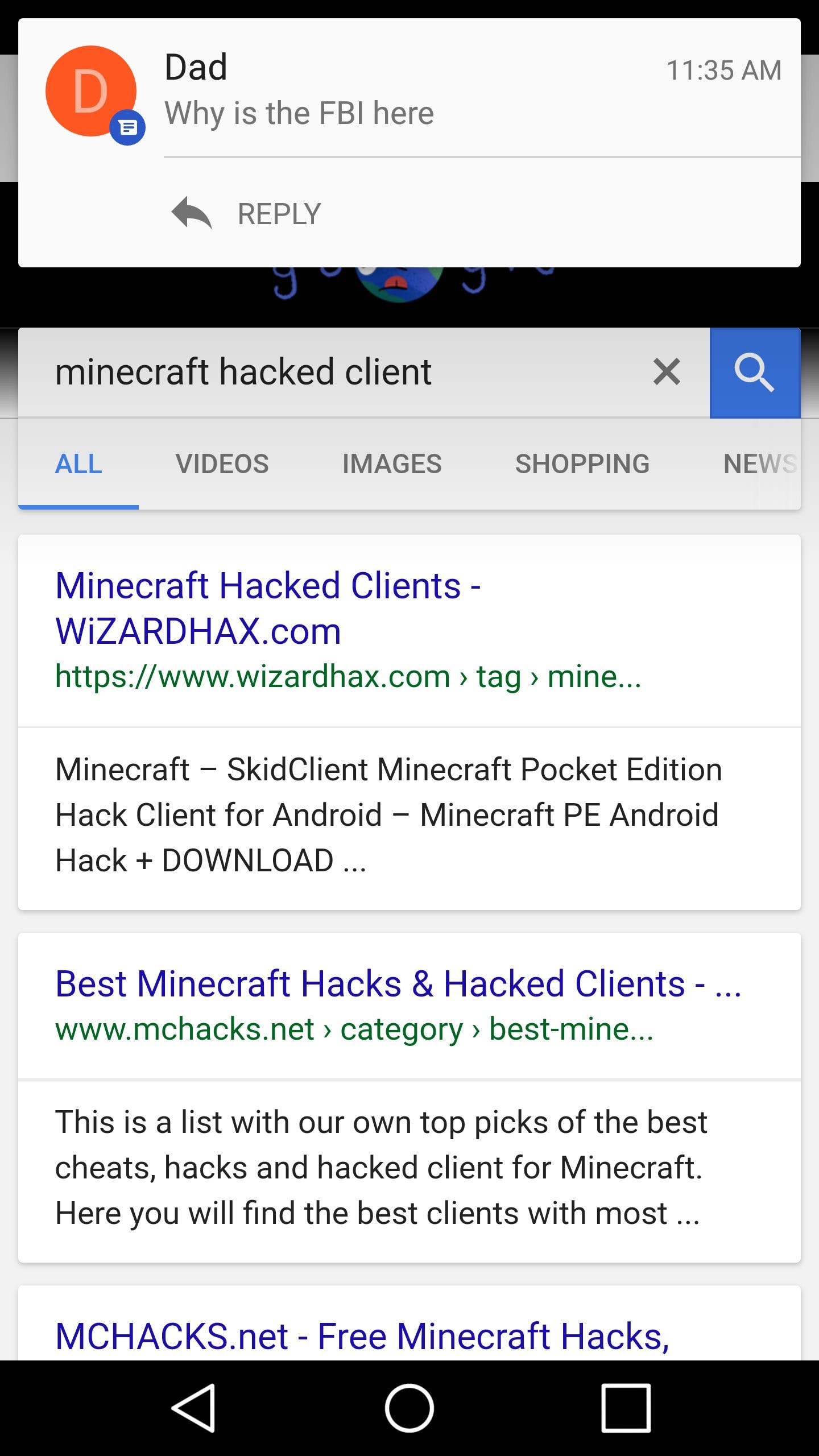 And the collectable pet game Webkinz: 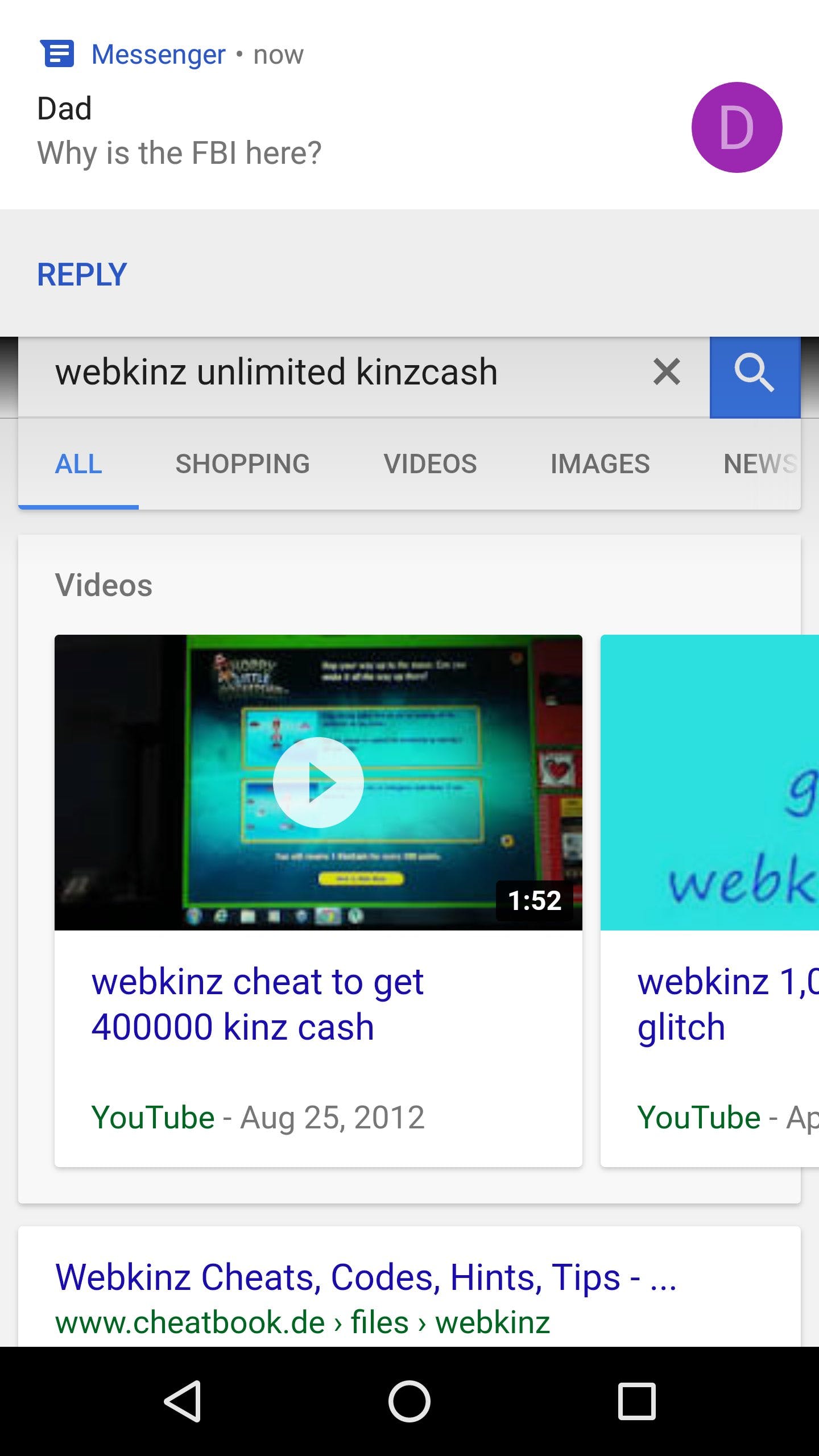 And even the kid-safe, E-for-Everyone game of all things magical, Wizard 101: 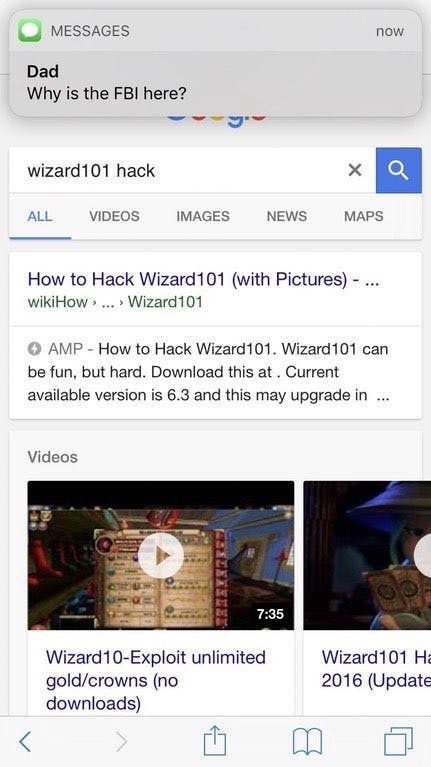 This one’s not even a hack, it’s just Googling “Club Penguin boobiez.” But I digress. This goofy hacking meme is part of a larger undercurrent of memes that draw from, make fun of, and problematize popular kids’ game franchises. Reddit’s meme communities are obsessed with Roblox, Bionicle, and the collectible spinning top battle game Beyblade.

The jokes usually take the form of pretending to be fixated on collecting and hoarding these toys. “If my girl and my Beyblades are both drowning…” one popular image macro begins. 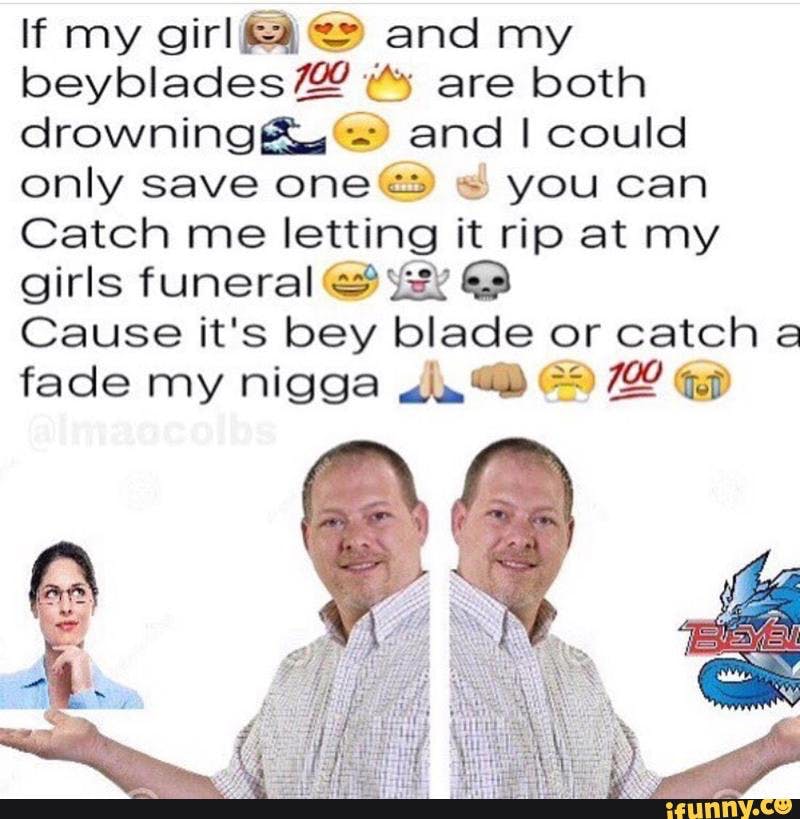 These jokes take an ironic pose, but they seem to be rooted in genuine, nostalgic enjoyment. Even the most maladjusted shitposter or edgelord has some affection for the things he loved growing up, but isn’t comfortable expressing sincere likes and wants. By being self-deprecating, you’re insulating yourself from the judgment of your memeing peers.

But r/teenagers doesn’t have the same problems as r/dankmemes, where irony has gone so far that you can’t tell who’s a white supremacist and who’s just trying to push the boundaries. The teens of r/teenagers are chill and supportive of one another, trading selfies and life advice. They can like Beyblades or Roblox or whatever the “frek” they want.

If you’ve been toiling too long in the dank meme mines, it’s refreshing to see a trend like “why is the FBI here,” one that’s not on any “layers of irony.”

Call it “normie” if you want, but the teens are our future.