Were you ever banned from Club Penguin?

Club Penguin, the popular kids’ social network where everyone has a penguin as an avatar, is shutting down after 12 years. It will be missed by the kids who grew up with it, as well as the teens and adults who trolled it and turned it into a rich source of memes.

Club Penguin started in 2005 and was sold to Disney two years later. It will officially close on March 29, and it will be replaced by an updated product called Club Penguin Island. According to TechCrunch, the social network had been in decline for years, but 5.6 million people still visited it last month.

In 2011, 4chan made Club Penguin the target of one of its most famous raids, with denizens of /b/ all creating purple penguins in miner hats. The “Purple Republic” banded together to discriminate against the penguins played by actual children, wreaking havoc on Club Penguin. Notably, the Purple Republic refused to do anything that would help non-purples complete their in-game objectives. 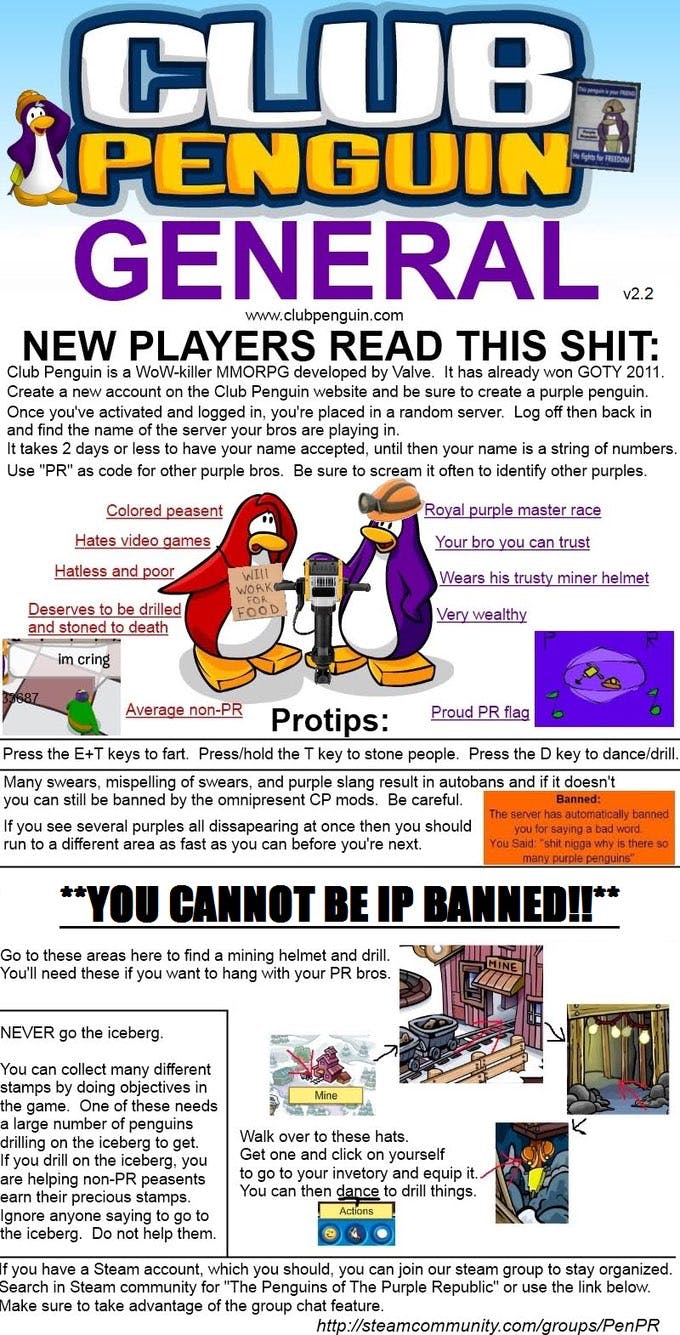 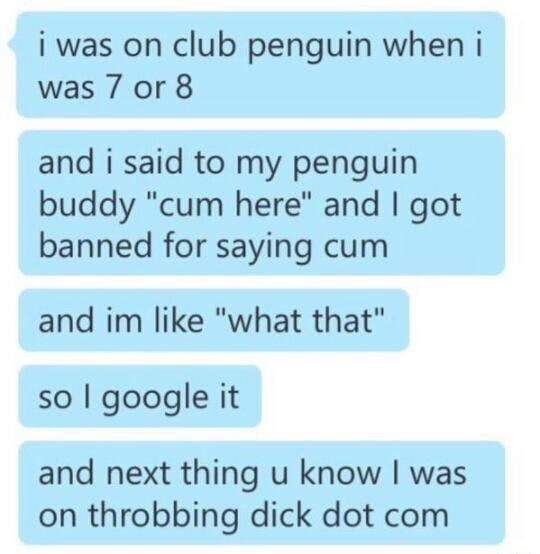 It was so easy to get kicked out of Club Penguin that doing so became a game, and screengrabs of people getting banned—both real and fake—turned into a meme. There’s even an entire subreddit, r/bannedfromclubpenguin, dedicated to the trope. 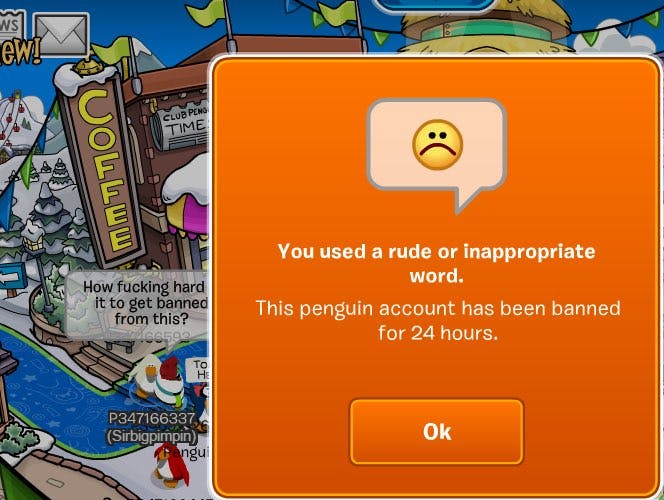 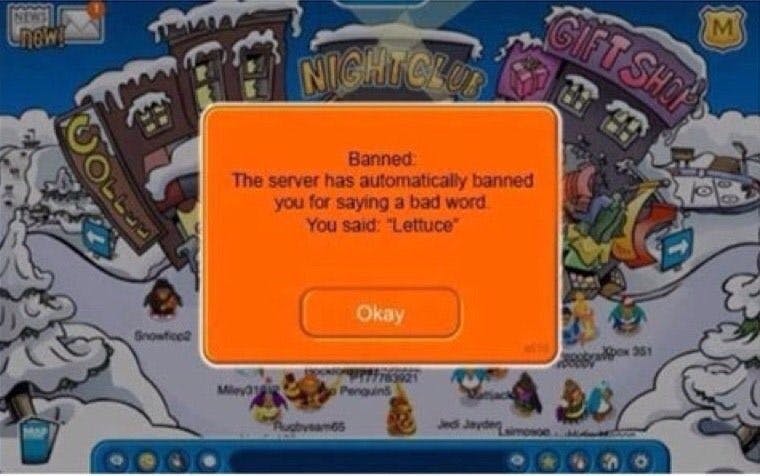 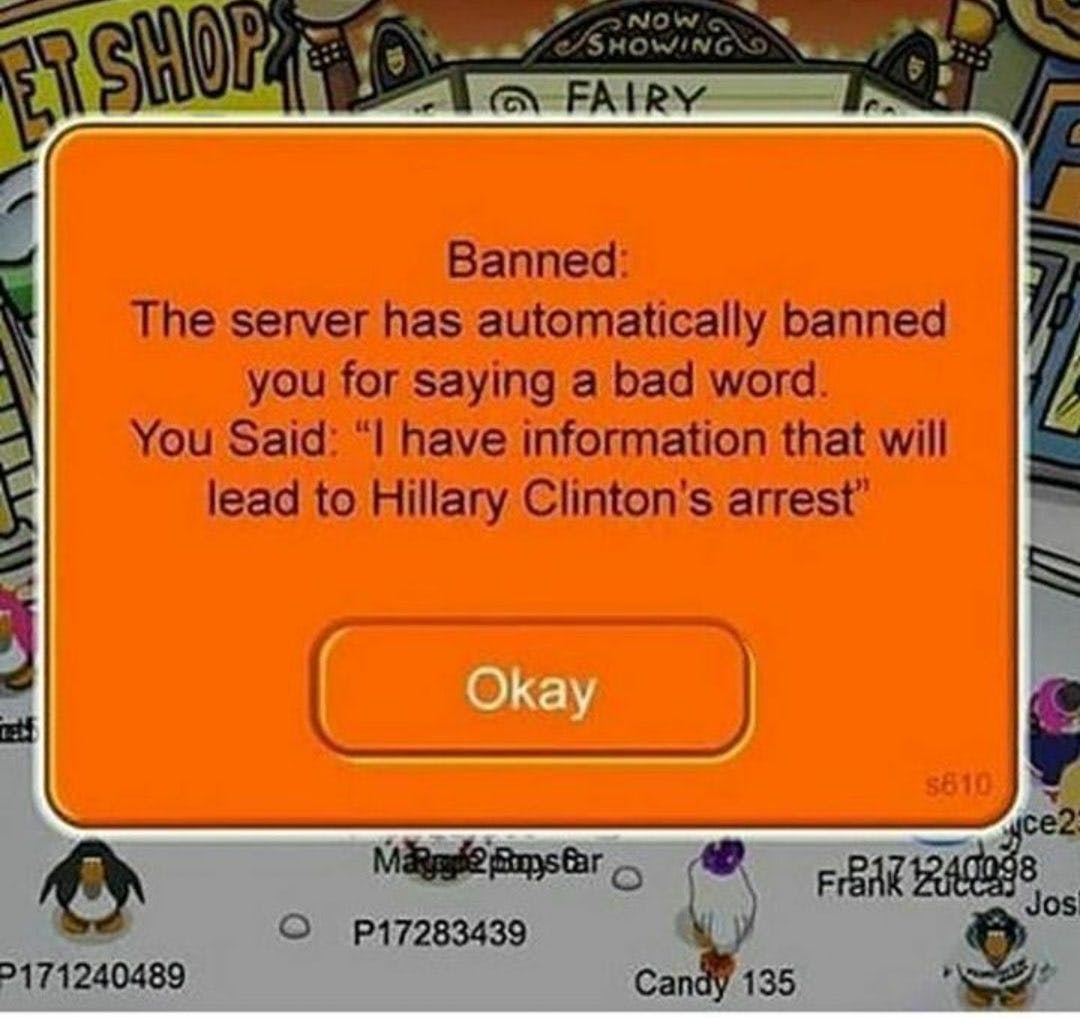 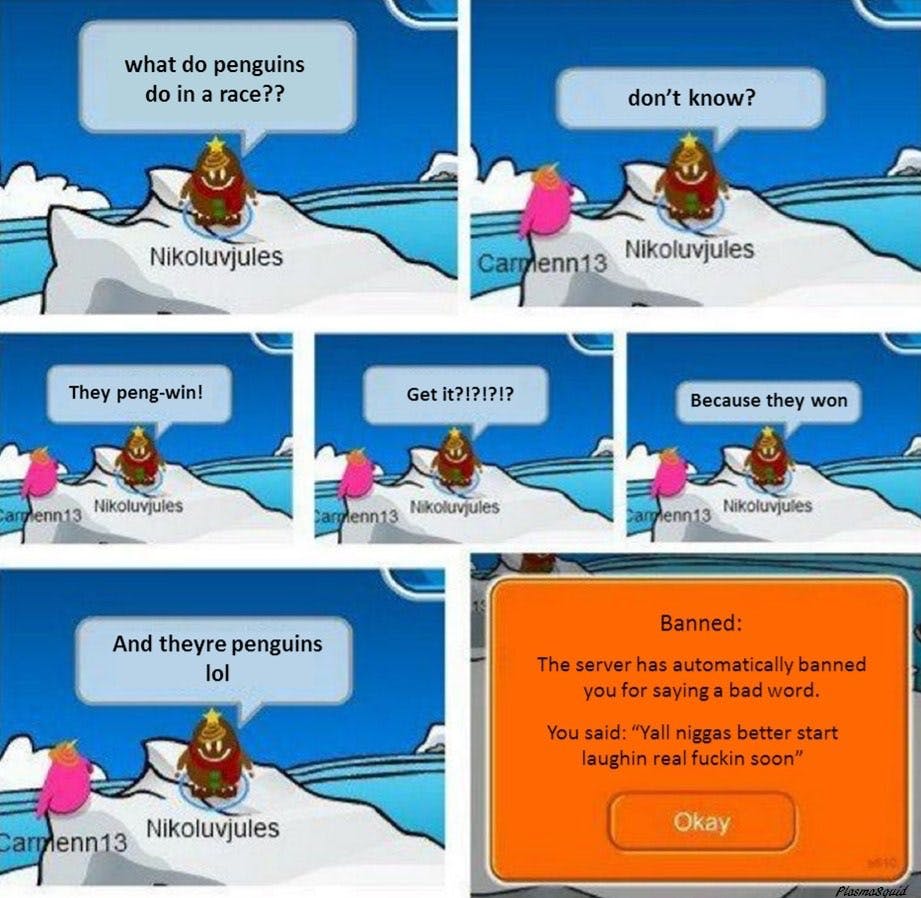 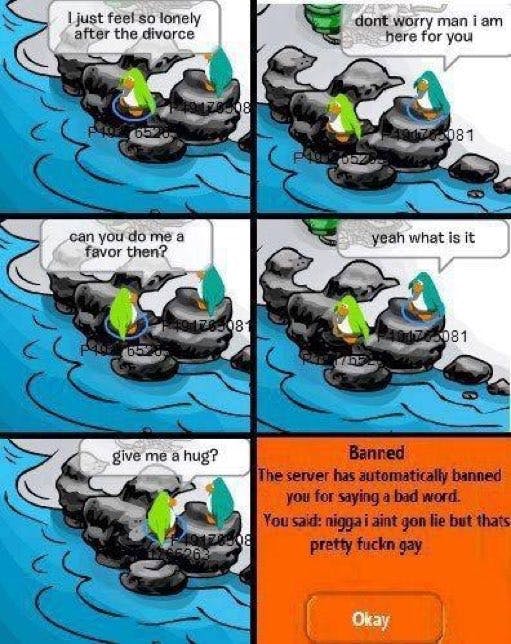 Some things did slip past the game’s notorious banhammer, though, like the player who created a bunch of bot accounts and used them to form a penguin swastika: 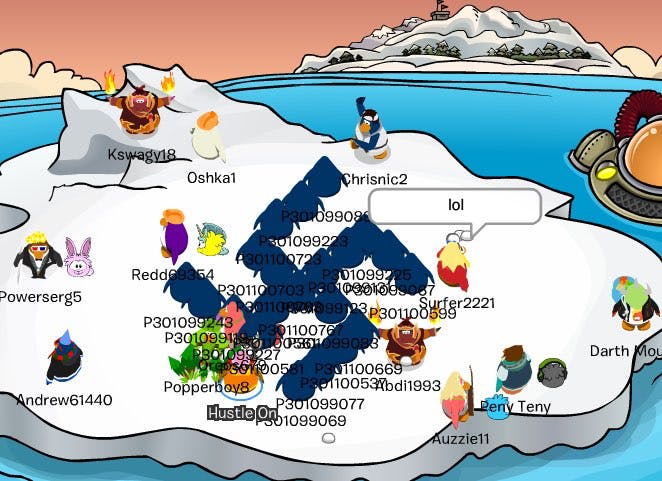 Club Penguin’s general dynamic of trolls interacting with actual children also produced a ton of hilarious screengrabs. This one has been shared frequently since the shutdown announcement: 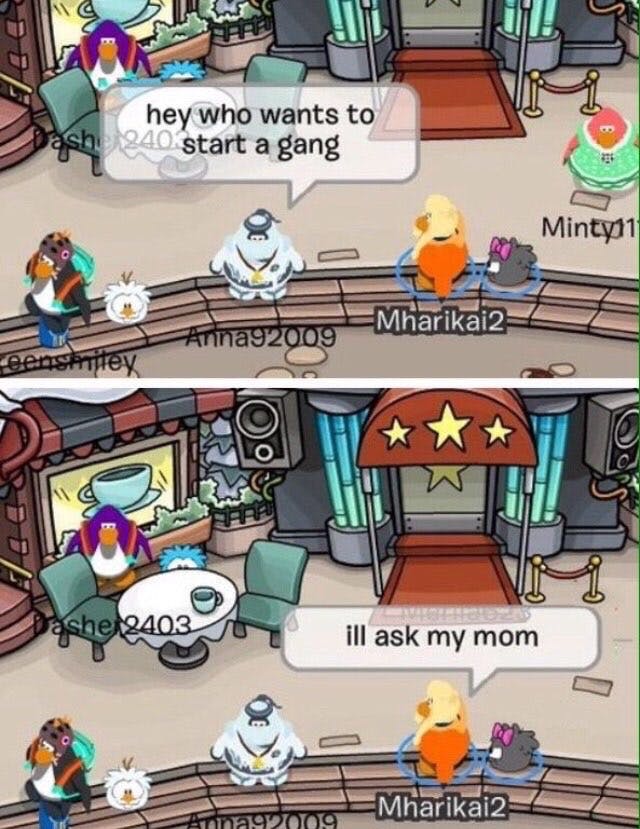 There are plenty of others: 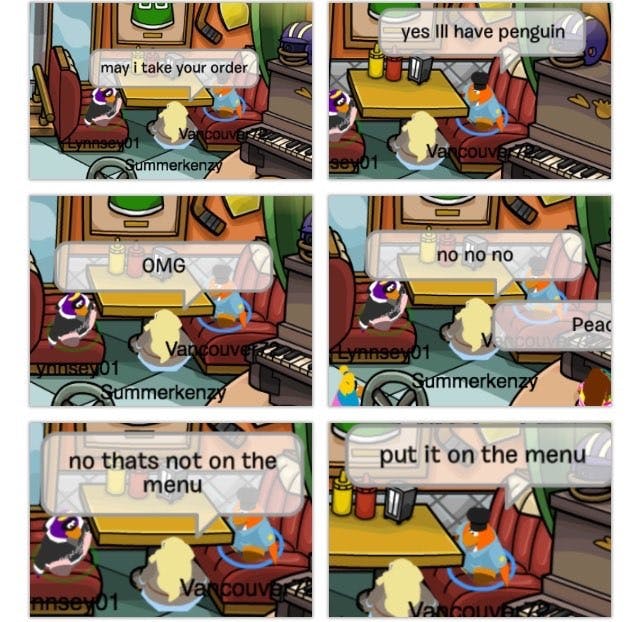 Finally, you can’t talk about Club Penguin without talking about “tipping the iceberg.” It’s an in-game challenge where penguins with drills are supposed to gather on one side of a giant chunk of ice, flipping it over to reveal a secret area. After 12 years, someone on Reddit posted this video showing that the penguins finally did it: 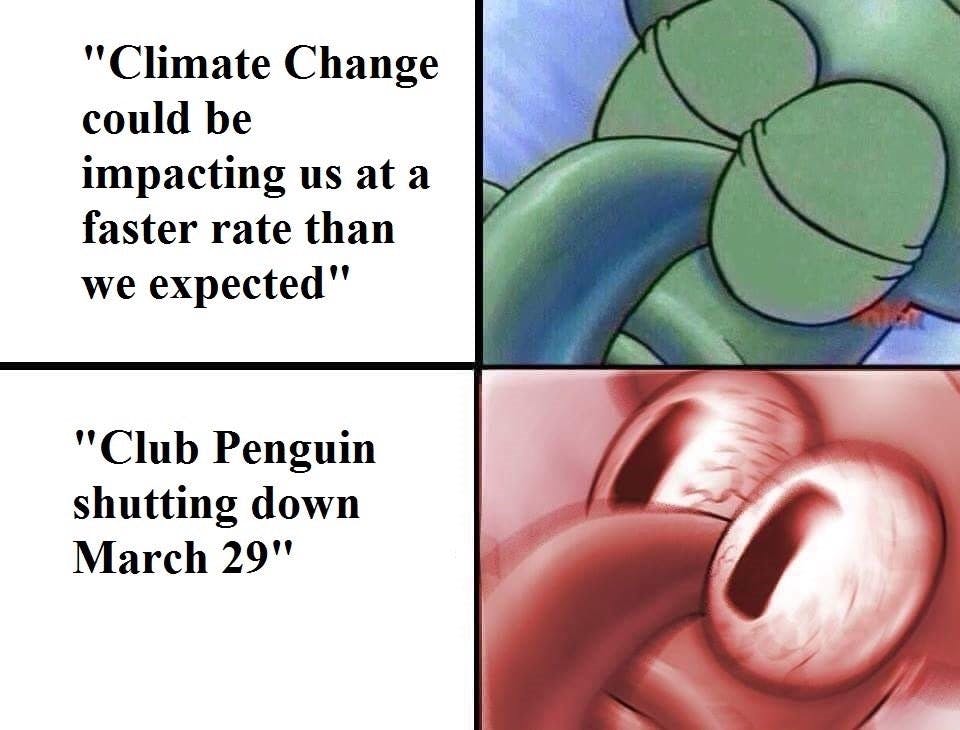