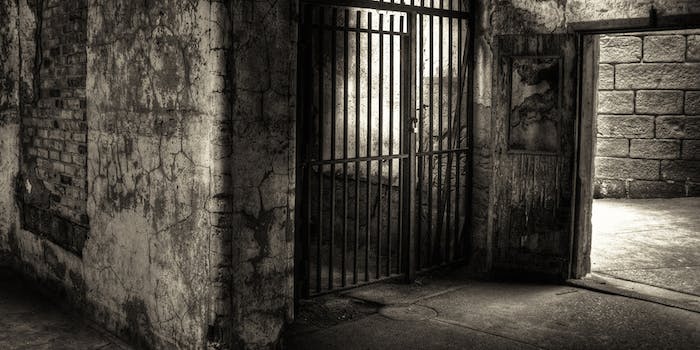 Why Chelsea Manning’s prison treatment matters for everyone

It's about basic human rights.

Back in July, private Chelsea Manning was approved to begin hormone replacement therapy while in prison at Fort Leavenworth. However, the transgender inmate who was jailed for leaking military information to Wikileaks is now saying that despite “lip service,” she is not being provided the care that she needs. In a letter released to NBC news on Friday, she writes:

Treatment is, as a matter of law, about medical necessity. Such as treating depression or anxiety. But, receiving treatment is very important to me, as a person. It has a little bit to do  with the perception of myself—the sense of unending discomfort with the gender that has been imposed on me—but not out of vanity.

A year ago, transgender advocate Lauren McNamara spoke to Jake Tapper on CNN in part about the medical necessity of transition for transgender individuals like Manning. She noted that, if untreated, gender dysphoria is comorbid with conditions such as depression and said that “to deny someone treatment for this just because they’re in prison is similar to denying them treatment for depression or for diabetes or if they needed an organ transplant.”

Indeed, the American Medical Association acknowledged that gender dysphoria was a “serious medical condition” in 2008, and that for some who require treatment and are unable to obtain it, the condition can lead to “debilitating depression, even suicidality and death.”

Despite this, many people still think that transgender individuals receiving the care they need is “special treatment” or that there is a “debate” about whether or not this life-saving treatment is necessary at all. This is likely due in part to polarizing, high-profile cases such as that of Michelle Kosilek and prevalent notions of transgender identities in our society as illegitimate. In Chelsea Manning’s case, the nature of her charges likely also play a part, with the sensitive nature of the information she leaked and its purported importance in protecting national security.

While access to care is an issue of medical necessity, it is also a legal one. The ACLU noted that denying Manning hormone replacement therapy may constitute a violation of her constitutional rights—specifically, that “[p]rison officials are obligated under the Eighth Amendment to provide prisoners with adequate medical care.” Failure to do so would violate the 8th amendment prohibition on cruel and unusual punishment. Federal judges and appeals courts have upheld this view in rulings.

Along with the ACLU, support for Chelsea Manning has manifested online through social media and websites such as the Chelsea Manning Support Network, which has continually posted information relating to her incarceration. While Chelsea Manning’s case has received widespread attention, the Internet has also played a crucial role in providing support for other trans women behind bars and shedding light on the situations they face.

Some of these examples include Jane Doe, a transgender teenager placed in an adult prison; Cece McDonald, who received widespread support during her incarceration for fighting back against a transphobic attacker; and most recently, Eisha Love, who reportedly was imprisoned for also defending herself against assault. However, despite awareness raising campaigns through hashtags and other means, transgender women continue to face mistreatment in our prison system.

In a survey conducted by the National Center For Transgender Equality and the National Gay and Lesbian Task Force, 22 percent of trans people reported harassment by police. The NCTE also found that nearly 1 in 6 transgender people and nearly half of black transgender people have been incarcerated. In prison, 16 percent reported being physically assaulted, and 15 percent reported being sexually assaulted. Transgender women in prison are regularly denied medically necessary treatment. If they have not received costly sexual reassignment surgery, they are often housed in the facilities of their designated sex at birth.

This is an unacceptable epidemic of violence that our country is waging against a vulnerable population, and while we are only beginning to hear more about it in high profile cases (thanks to the Internet and social media), it has been going on for quite some time. It is important that Chelsea Manning receive the treatment she deserves, but our focus cannot be narrow. We need to change how our country addresses the reality of transgender people, and especially trans people of color, from the prevalent attitudes and prejudices  that define us, to the way law enforcement engages with us, to how we are treated when society locks us away.

With transgender visibility at an all-time high thanks to activists like Laverne Cox, and transgender acceptance becoming more prevalent, it is easy to overlook the realities that trans people who are on the less fortunate end of society continue to face. And while dramas like Orange is the New Black have given many cisgender Americans their first major acknowledgment that trans people are, indeed, people worthy of the same dignity that they possess, the reality of prison life for trans people is far more grim.

Transgender voices are marginalized whether they come from behind prison walls or not, and while Chelsea Manning and other incarcerated trans women have received some platform, we must remember those who remain voiceless. To change the status quo we have to not only amplify the voices of those able to speak but to give voice to the frustrations of those who suffer injustice in silence. We must remain mindful that high profile cases of transgender mistreatment are merely the tip of the iceberg when it comes to structural oppression of transgender individuals, and we must affirm recognizing their dignity and humanity as a cultural imperative.

Photo via Bob Jagendorf/Flickr (CC BY 2.0)