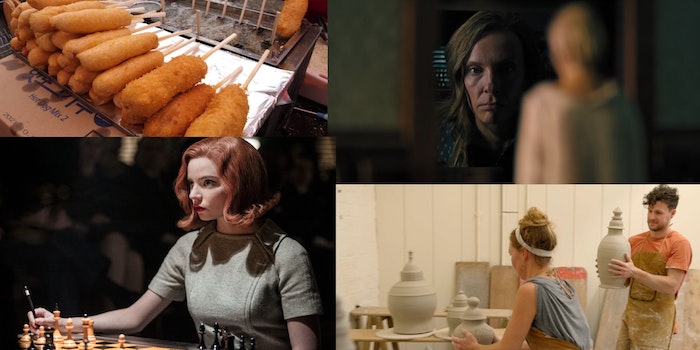 Our staff picks for entertainment that offers a welcome distraction.

Some people will spend Election Day obsessively watching the news and waiting for the electoral vote count. Others will find peace doing anything but watching election coverage. Or, depending on the outcome, maybe you’ll want to do both: watch results on election night and then binge-watch your favorite show. Either way, this is a good time to queue up some comforting entertainment. Here’s our staff picks for titles that will (hopefully) provide a needed distraction after you cast your vote.