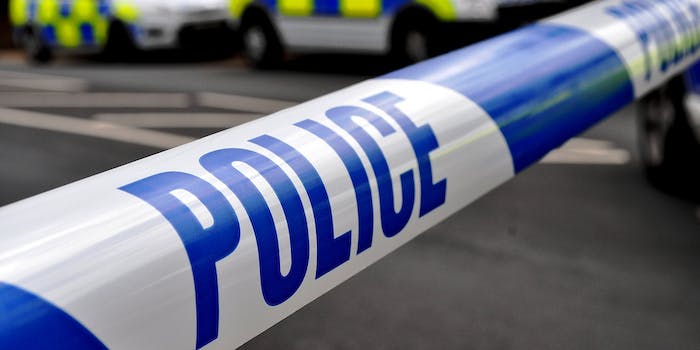 We need to start caring when sex workers are murdered

Why don't we see Tjhisha Ball and Angelia Mangum as people?

Last week, Tjhisha Ball and Angelia Mangum, two teenage girls and best friends from Tampa, Florida, were found dead together by the side of a road in Jacksonville. They were found naked and in a pool of blood, their bodies bound together by zip ties; a motorist who initially spotted the two girls said he initially thought they were a “dead animal.”

If you don’t live in Florida and didn’t read about Ball and Mangum on the local news, or read our story about sex work Twitter’s response to Ball and Mangum last week, or read this op-ed on Ebony.com by Jamilah Lemieux, or happen to see their photos popping up on the 10 o’clock news the same way you’d happen to spot an ad for Miracle Whip, you could be forgiven for not knowing who they were.

1) The girls were low-income women of color.

2) They both had criminal records for minor infractions (which we will not name here, because who cares).

3) The women allegedly worked as exotic dancers at a gentlemen’s club in Florida.

Although some people would not consider what Mangum and Ball did for a living sex work per se (they are dead, you see, so we can’t ask them where they stand on this point), enough do that they have been referred to as sex workers by various outlets, this one included. Either way, it is far from the first time violence against women in the adult industry has been treated with such naked apathy, or in some cases, outright aggression.

Just last month, for instance, when adult performer Christy Mack was brutally beaten within an inch of her life by her MMA fighter boyfriend, many on Twitter treated it as an opportunity to rail against her profession, calling her a “hooker” and saying she deserved it. It’s also a well-known fact that serial killers will use society’s lack of empathy for women who sell sex to their advantage by hand-picking sex workers as victims, on the grounds that no one will care or miss them when they’re gone.

That sense of victim-blaming goes even further when the sex worker is a woman of color or transgender. When trans sex worker Shelby Tracy Tom was found strangled and wrapped in a blanket in 2003, after her murderer saw the scars from her sex reassignment surgery on her body, a Canadian judge found him not guilty of homicide, as he was in a state of panic and was not responsible for his actions. He received nine years in jail for manslaughter, only four and a half of which he will actually serve.

Given our rich, nuanced history of blaming and shaming murder victims who have done sex work, it shouldn’t have been at all surprising that the media turn a blind eye to the deaths of Mangum and Ball. But it was to me, particularly in light of the discussion surrounding slut-shaming and victim-blaming sparked by Celebgate, when nude photos of Jennifer Lawrence and Kate Upton and other female celebrities were released without their permission.

Although a handful of pundits blamed Lawrence and her co-horts for taking the pictures in the first place, it was an opinion shared by a relatively small minority. For the first time in my memory, the Internet seemed to be in almost unanimous agreement that no woman deserved to be brutalized and exploited in such a callous fashion.

But nearly a week after Ball’s and Mangum’s deaths, in the absence of the onslaught of thinkpieces and op-eds that followed Celebgate, it seems that lesson should be followed with an addendum: No woman deserves to be brutalized and exploited, except if they are black, have criminal records, and sell sex for a living. Not to minimize the very real anguish Lawrence and company must be enduring right now, but you get the sense the media response to Ball or Mangum would’ve been different had they been middle-class, white, or talk about how much they love butt plugs on Conan O’Brien.

It also shouldn’t have been surprising that in lieu of blaming and shaming, the media would choose to de-emphasize Ball’s and Mangum’s professions as a way to curry reader sympathy. A sympathetic piece on the girls’ murders in Salon, for instance, did not refer to sex worker activists’ tireless efforts to raise media attention to the girls’ deaths and fundraise for the girls’ funerals; Salon linked to the YouCaring campaign only after sex workers criticized the piece on Twitter. (Full disclosure: I am friendly with the author of this piece and am sure he had only the best intentions in writing about the case.)

The original piece also implied that sex worker activists were outraged that the girls were being painted as sex workers by the media, when in fact the roots of their outrage were far more complex. As @_peech, a former sex worker who is leading the YouCaring campaign, told the Daily Dot in an exclusive interview, the aim is not for the media to ignore Ball’s and Magum’s professions, but to not view the fact they did sex work as the be-all and end-all of their all-too brief existences.

“There’s a double-sided thing going on. People are trying to blur it and smooth it over so it’s more palatable to the mainstream, or they’re trying to villainize these girls as soon as they start reporting,” she told me last week. “Having lived the life I’ve lived, it’s totally expected, but it’s still incredibly sad that this is where we are… We want people to see these girls as people, who were working a job like any other job and happened to be victims of a violent crime.”

Unfortunately, we are not yet at the point where sex work is considered “a job like any other job.” In fact, if Mangum and Ball’s stories have taught us anything, it’s that we are not even close.

But in order to get to that place where we can see Tjhisha Ball and Angelia Mangum as girls who were “working a job like any other job,” before we can reach the point in our cultural conversation where we can see them not as strippers with criminal records, but as eighteen and nineteen-year-old girls, girls who went shopping and flirted with boys at parties and clubs, girls who were best friends, who lived together and did their makeup together and ultimately died together; before we can get to the point where we can see them the way their friends and loved ones want us to see them, we have to talk about what they did for a living. And we have to see it not as the be-all and end-all of their identities, but as a detail that can tell us something about their all-too-brief lives, the way you know your dead great-uncle was a house painter or an accountant or an ice cream truck driver.